You could probably say it’s already here, but we do still have some warm days in Osaka. Though money is getting tighter for us, we broke down and bought some winterized clothing, as the ol’ shorts and t-shirt routine that sustained us in Southeast Asia won’t cut the mustard either here or in Europe in the coming months. My Hawaiian shirt is coming with me, though. I’ll make it work!

We are a few shorts days away from the arrival of one of our best friends. Nikki will be arriving in two days and will be spending a little over a week here, where she will accompany us to Tokyo, Kyoto, and Hiroshima. Indi and I are both tremendously excited to have the opportunity to spend some time with our friend and we know she is equally excited to be visiting Japan! We’ll also get to ride the Shinkansen, or Bullet Train. I’ve wanted to do that for a long time.

As time draws ever closer on our return to home (still months away, but time does fly when you’re having fun!) my OCD mind drifts to what our lives will become. Although we’ve only been gone seven months at this point, a lot has changed…and not only back home, but within ourselves. What will we do for a living? For how long? When will we get to travel again? Where WILL we live, anyway? 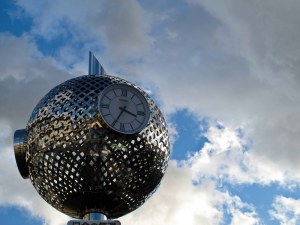 The cold winds bring with them the holidays, and the reminder that our family is so far away. This will be the first Thanksgiving/Christmas that I’ve ever spent away from home. A big part of me is thankful to be uninvolved in the commercial train wreck back home (no Black Friday shopping, huzzah!) it’s the quiet Christmas mornings at Grandma’s and the crackle of a familiar fireplace that tugs at my heart.

For those of you that receive the blog via e-mail or just check in on Facebook, take a look at http://www.rhysandindi.com and http://rhysandindi.blogspot.com as they have both been redesigned. Let me know what you think!