How in the world has it been five years already? 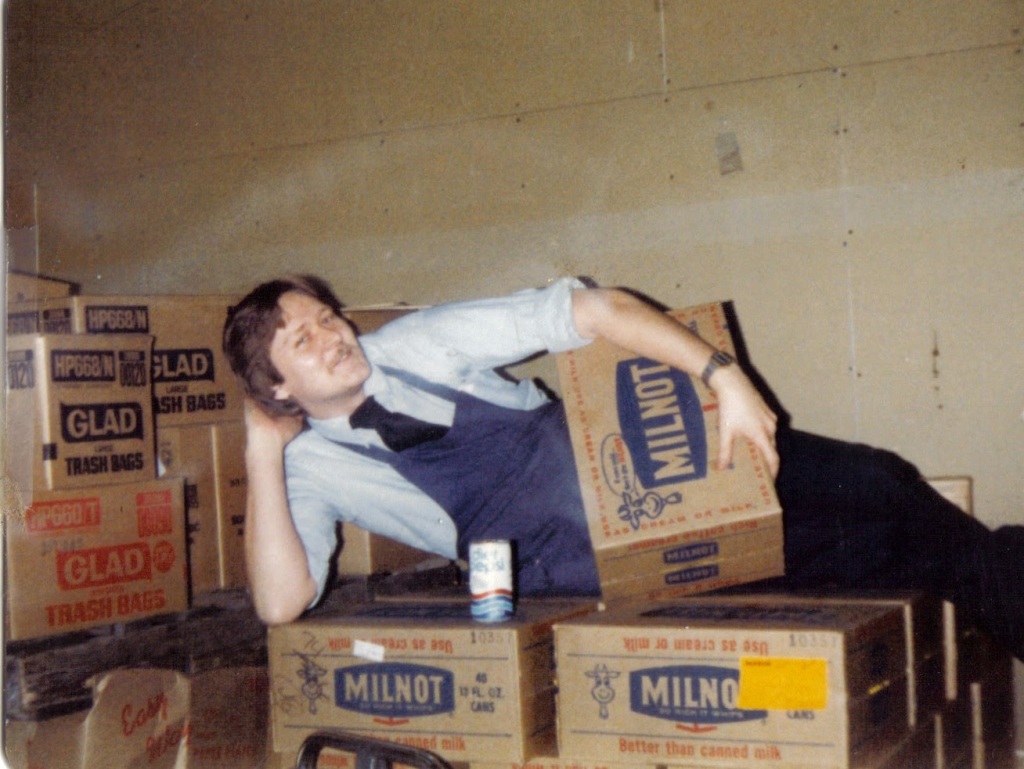 When I sat down to write this post about the anniversary of my father’s untimely passing, it struck me at how much has changed since that fateful day.  The big one, of course, is that I’m a married man.  My heart hurts in the knowledge that Samantha will never meet him, but a recently-discovered trove of old family videos has helped her gain some insight into the man that helped raise me. 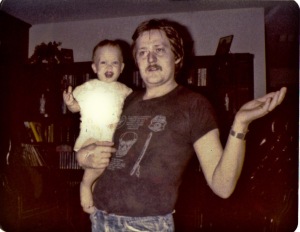 I remember myself in early 2011 as feeling slowed, like I was walking underwater.  I was a man of contradicting emotion and mood swings, feeling mostly detached from the world.  Those eruptions of sadness and grief are a long ways away now, though I do still have moments where I miss Dad a hell of a lot.  Many things still remind me of him on a regular basis:  my morning coffee, grocery stores, the Mustang.  I can still hear his voice in my head, but it is definitely more distant now; I reckon that will continue to be the case as the years march on.  More often now I hear his voice coming out of MY mouth, when I say something with a particular inflection that reminds me of him.  The strongest of these moments is when I find something I say to be particularly funny and I laugh at my own joke; he did that a lot.

Everything in my life is markedly better than it was then.  I bought a house.  My photography has evolved into a full-fledged passion; back in 2011, I hadn’t seen any of Route 66 or taken ANY road trips throughout Oklahoma.  My job has evolved and I’m learning something new every day.  And, of course, there’s Sam.  It’s weird; I look at 2011 Rhys and he might as well be High School Rhys.  I feel that far removed from that version of myself; I’ve seen so many amazing places and made a lot of new friends since then.

I had a moment at the wedding in October when I realized that Brad, Tyler, and I were the only ones on that stage that ever met my father.  Few of the folks in the audience had, either.  Almost all of the people I’m close to today never met him; all they know is what I am able to share. I asked my Mom for qualities I have that most remind her of him, and she said: 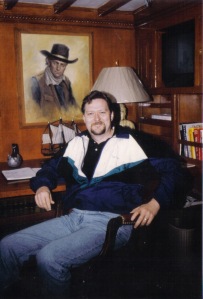 One of the concerns I wrote about in the aftermath of his passing was that the drive to Dad’s hometown and the town of Pawhuska itself would become tainted by the sadness of that terrible event.  I’m very happy to say that most of the association of that period has faded, leaving fond memories of times both before and after.  I love visiting the capital of Osage County and sharing it with others.  It is the cornerstone of my love for small town Oklahoma, which has blossomed into a passion unto itself.  There have been several occasions that I’ve told my Mom about some small town I visited and she’d say something like, “Oh, your father worked there for a little while.” or “He used to hang out there when he was younger.”  Though I’ll never get to hear him tell me about those times, there is some comfort knowing that I’m walking the same streets he did.

Another one of the concerns I wrote about is the change in my mental state, specifically the fact that I had less empathy for others and felt more irritable.  That’s something that hasn’t bounced back as much as I’d hoped.  I still feel myself getting angry at little things or having less compassion in situations where I feel like I’d had a limitless resource before.  I don’t feel cynical by any means, but I do feel different.  Is that tied to my grief or is that just a side-effect of getting older?  I’m not sure.

Both of the restaurants we ate at the last time we were together are now closed, Brewburger and the Blue Dome Diner.  I own the last movie we watched together (the remake of True Grit) and just recently re-watched it for the first time.  I still haven’t been able to bring myself to re-watch Big Fish, even though I own it and love it dearly.  I’m just not ready yet. 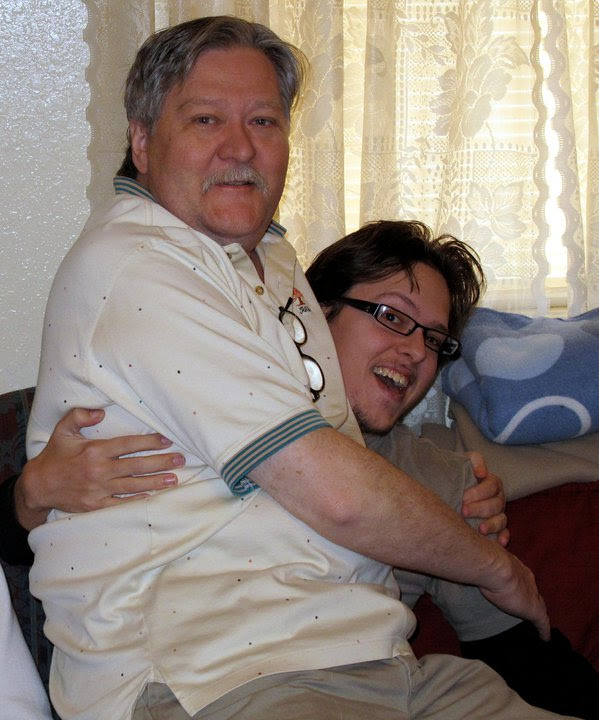 Dad’s contact is still in my phone.  Although I’ve switched phones several times now, I still transfer it over.  I come across it every so often and smile.  I know I can talk aloud to him any time I want (and do)…I just wish he could talk back.  But, really, things are good.  I have many happy memories I can return to at any time.  One of my favorite newer memories is when I happened across an archive of IM conversations we had when I was traveling abroad.  He would sit in his car at the Pawhuska library and poach their Wi-Fi to conduct his business and was sometimes online when I was checking e-mail half a world away.  Most of them were short, as he wasn’t much of a typist, but here are some examples: 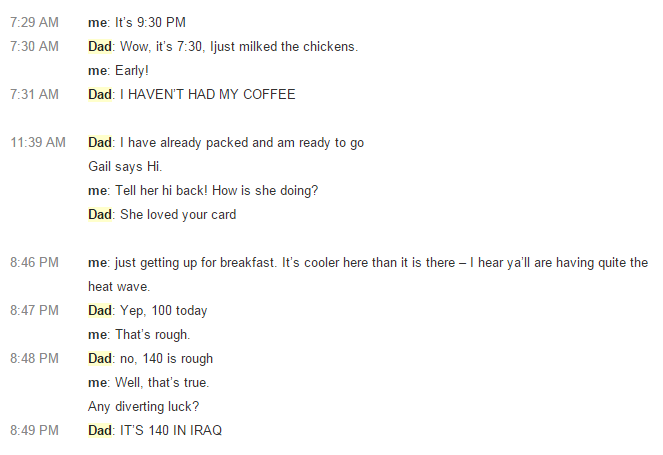 At the time, I thought he had difficulty controlling his Caps Lock key.  Now I hear it in his voice, and the emphasis is all his humor.  I miss him.  I will continue to miss him.   Ironically, I feel closer to him today than I ever did when he was alive.  I know Dad would be proud of the things I have accomplished and would get along with Samantha fabulously.  I take comfort in knowing that he is carried forward in me and my brother.  Tyler and I will get together for dinner tonight, remember our father, and laugh about the good times, for there were so many.  Love you Dad.

It was once said you could never run out of gas in #Vinita, #Oklahoma; there were so many service stations you could always coast to one.
Holy mackerel, y'all. #Futurliner #Tulsa
It's a beautiful day in #Tulsa! The Outsiders House Museum is having an open house. #Oklahoma #igersok #travelok #StayGold #theoutsiders
"Just one more thing!" This #Columbo sculpture in #Tulsa is everything. #Oklahoma #carving #sculpture #art