After an eerily quiet night in the French Quarter last Wednesday, we went back the next day, this time to do more walking, exploring, and enjoying.  I’m glad we did — although it was still relatively quiet, it was a lot better than walking around unfamiliar streets in the dark.

The trolley from our hotel actually had other people on it this time!  An Asian woman boarded after we did and had difficulty communicating.  When the tram operator asked for exact change for the fare, the woman simply offered her all of her money.  The tram operator matter-of-factly told the woman that she needed to know what she was doing — because people would just take all of her money.  She helped her select the proper fare ($1.25 if you’re curious) while she continued to chastise the woman.  I was filled with a mix of anxiety and understanding — I’d seen similar scenes in other countries.  And the tram operator was right.  People would straight up take all of her money and run off.

I’d found a place for lunch called the Clover Grill.  It’s a 24/7 corner burger dive at Bourbon and Dumaine.  The walls are pink tile and sparse diner decor.  The menu extols the virtue of their half-pound burgers and chili (“It speaks for itself…sooner or later.”) The burgers, which were thicker than I expected, are grilled on a traditional flat top but covered with a hub cap!  The cook was appropriately surly.  Perhaps it was because he was in the middle of doing a deep clean on the fryer.  Even though that meant we could get no fries or onion rings, lunch was filling.

After our meal, it was time for a walk.  Samantha and I wandered the streets of the French Quarter, admiring the architecture and perusing the shops.  Although it was a bit colder and overcast, street musicians kept everyone lively.  Sam was beside herself with excitement when we saw an original Alphonse Mucha painting in one of the windows. 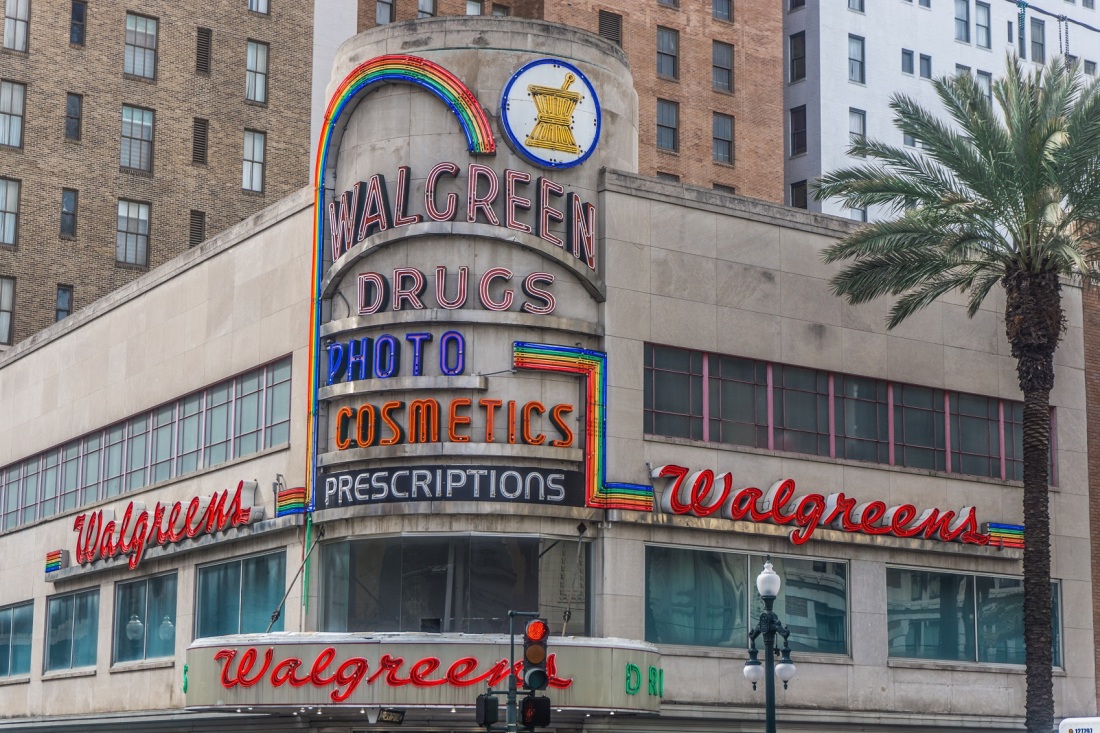 When we reached Canal Street, I was greeted by yet another face of the city.  I’d stepped from the old world into the new world, complete with chain restaurants, tall buildings, and mass transit.  There were several neon signs in sight at all times, including a breathtaking storefront for an old Walgreen’s Drug Store.  It was built in 1938 and retains the charm of that old-world design. 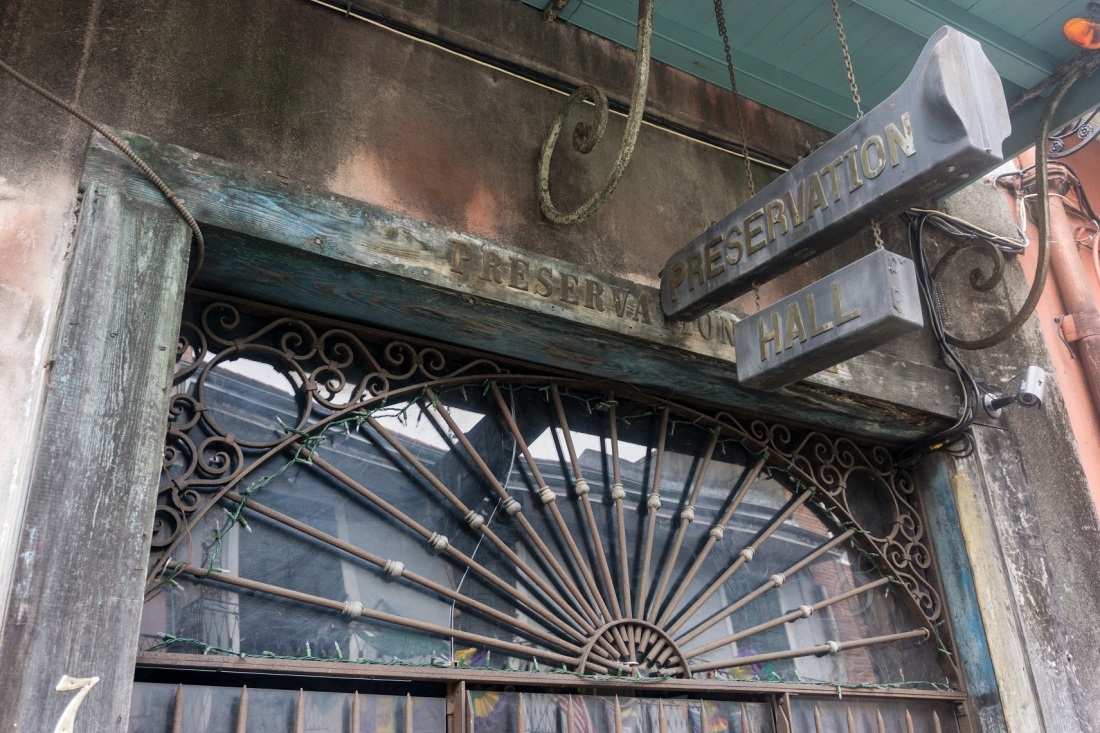 We headed back down Bourbon Street; yet again, I saw another side of the city.  Instead of the art shops and local vendors of Royal Street, I was looking at bars and strip clubs.  There was a lot of neon and loud music but few patrons mid-day.  It was a striking contrast to the relative quiet I’d experienced so far.  By the time we made it back down to Preservation Hall, I felt a little schizophrenic.  Jackson Square had picked up a little but the whole area was still relatively quiet, especially compared to what I knew the area would be like in just a few days.  We stopped back in at Cafe du Monde for more beignets before it was time to head back.