There’s a new mural along Route 66 in Tulsa.

Many travelers and locals know of the Meadow Gold sign near 11th and Peoria. Right next to the brick pavilion that serves as a home to that iconic neon structure, on the east side of the building that houses the Corner Cafe, a colorful artistic work recreates part of the sculpture at Cyrus Avery Centennial Plaza and exclaims, “You said we couldn’t do it, but we did.”

What does that mean? Well, that’s a great question…and an important one in the overall story of Tulsa’s success.

In 1901, oil was first discovered in what would become Tulsa County. When oil was struck at the Sue Bland #1 Well in the town of Red Fork, it rocketed 30 feet over the derrick in spectacular fashion. By the next week, thousands of men had poured into Indian Territory to seek their fortune. At that time only a railroad bridge connected Red Fork and Tulsa across the Arkansas River. The only way for most citizens to cross was by fording the river or using the ferry.

Tulsa city leaders recognized the need for a sturdy, reliable crossing across the Arkansas and tried to pass a bond issue to pay for a wagon bridge. The citizens of Tulsa, however, weren’t convinced. The Red Fork oil strike hadn’t resulted in a large discovery and many locals felt that the excitement was over. 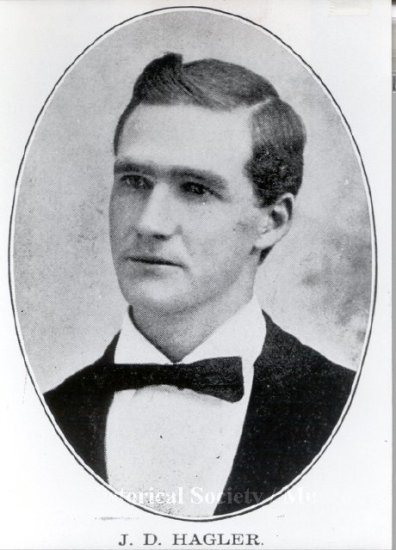 Enter three local men: logger Melville Baird, merchant Joseph Don Hagler, and banker George T Williamson. They believed that oil was the future of Tulsa and pooled their own money to build a bridge across the Arkansas River.  On January 4, 1904, the new wagon bridge opened to the public.  On the top of the truss a small placard read, “You Said We Couldn’t Do It, But We Did.” It became a testament to Tulsa’s resiliency and spirit. 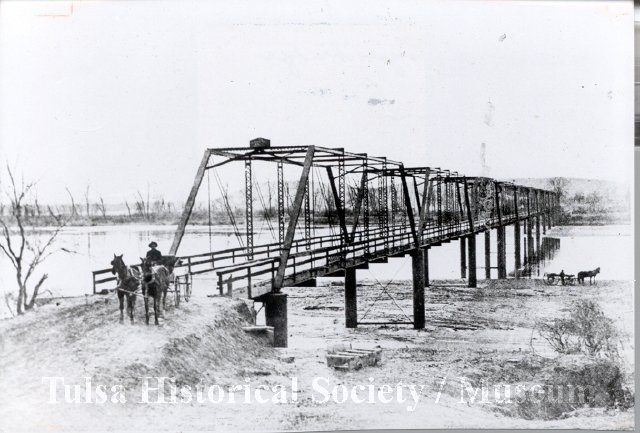 In November of 1905, the Glenn Pool Oil Field was discovered.  This monumental oil reserve is considered by many the true start to Oklahoma’s oil boom and is what lead to Tulsa being billed as the Oil Capital of the World. If that wagon bridge had not been in place, it stands to reason that Sapulpa would instead be the second-largest city in Oklahoma and Tulsa would be the suburb.

In 1917, the wagon crossing was replaced with a state-of-the-art multi-span concrete arch bridge. It was a beautiful, modern construct with multiple lanes for traffic and rails in the middle to support the Inter-Urban Trolley. The new bridge was spearheaded by Tulsa County Commissioner Cyrus Avery, who was also heavily involved in the Good Roads Movement to improve lanes of travel throughout the country.

Avery’s passion for roads lead to his appointment to the group tasked with designating and numbering the new federal highway system. This included Route 66, which Cyrus successfully lobbied to have routed through his home town of Tulsa. He used the 11th Street Bridge as a focal point for this decision, citing it as the best crossing across the Arkansas River in the country.  The rest of the committee agreed and in 1926, the Mother Road was born.

The Eleventh Street Bridge was abandoned in favor of a modern bridge, built alongside the historic crossing, in 1982. It still stands today as the Cyrus Avery Memorial Bridge.  The severe deterioration of the deck prevents even pedestrian traffic. Due to a price tag of nearly $20 million, restoration efforts have not yet borne fruit. But, with history as our guide, perhaps there will be an opportunity once again to tell the doubters:

You Said We Couldn’t Do It, But We Did.

(historic photos courtesy of the Tulsa Historical Society and Museum)

One thought on “You Said We Couldn’t Do It, But We Did”