Last weekend, I took a trip west to the Texas Panhandle. It was finally time for Texas Welcomes the World, the 2018 International Route 66 Festival! It had been a long time since I’d seen many of my roadie friends and I was excited to attend my first “official” International Route 66 Festival. I arrived in the early afternoon of Thursday, July 12th. When I was in Shamrock last fall, I pre-booked a room at the Western Hotel across from the famous U-Drop Inn.

I’ve written about the stunning Art Deco service station before; it’s an Americana treasure. Every night at dusk photographers descended on the neon icon like a swarm of moths. Truthfully, the Conoco Tower is outlined in LED thanks to significant hail damage a few years back — but it looks spectacular. My first stop wasn’t the U-Drop, but in the town of McLean 20 miles west. 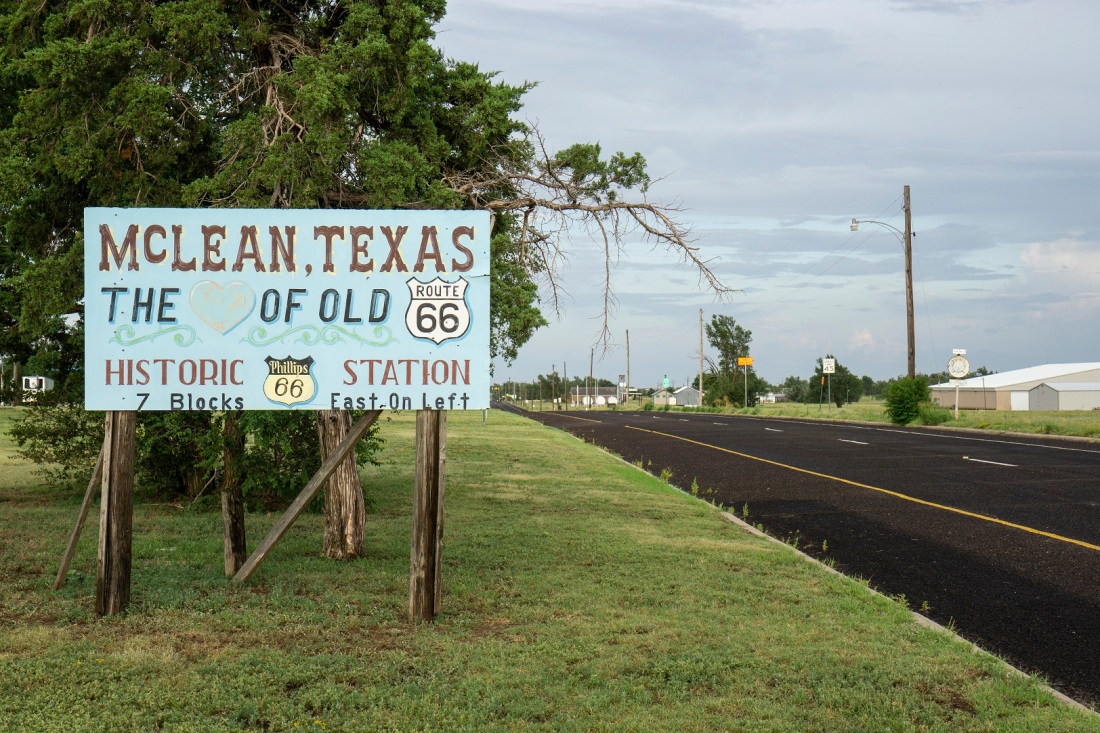 Shamrock is the home of about 1,950 people. Rather than try to cram everything into the small town, events were spread out to surrounding communities. McLean is the home of the first Phillips 66 Station in Texas and the Devil’s Rope Barbed Wire Museum. The first official event of the festival was an unveiling of two models made by the late Willem Bor. Willem was a big inspiration for me early on…I even gave him and his wife a tour the last time he was in Tulsa. It was important that I be there to honor his memory. 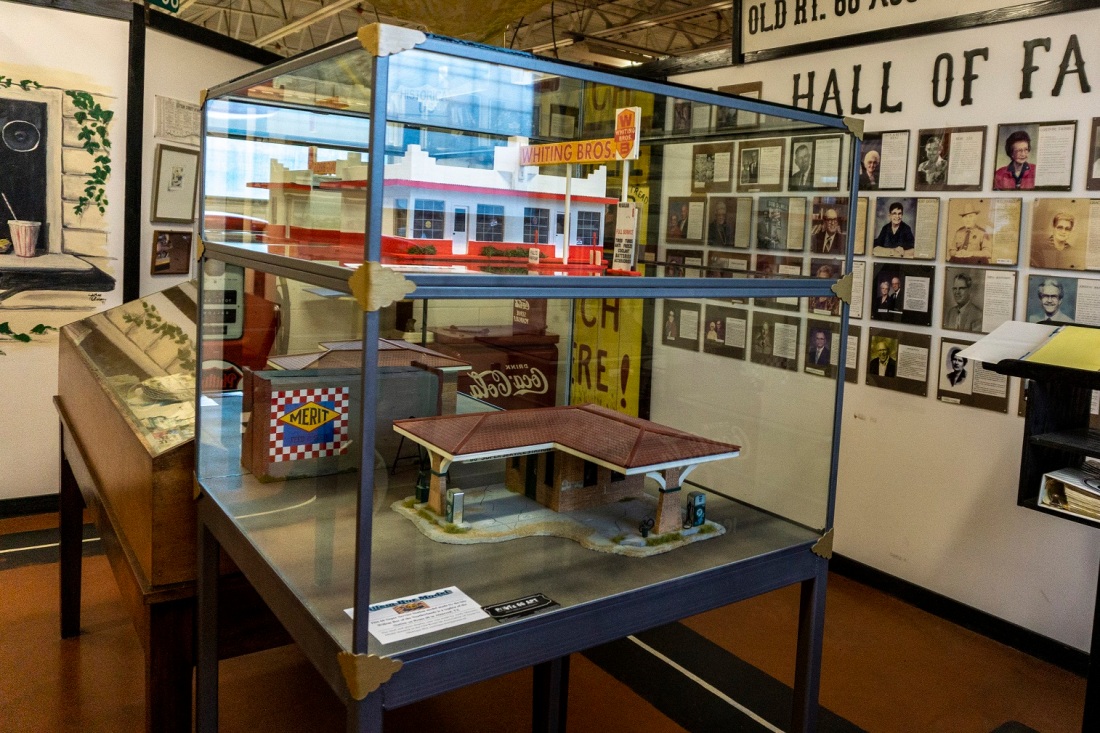 As expected, the models were stunning. Willem was a really gifted artist and made most of his models with only photographs as his guide. Models representing the Super 66 Station in Alanreed, TX and a Whiting Bros service station in Shamrock now have a permanent home and get to be enjoyed by thousands of people each year. The unveiling event was also the first place I ran into my roadie friends like Dora Meroney and Steve Rider. The community of Route 66 enthusiasts that flood these gatherings is the real reason I come out. It’s like a family reunion!

For most of the weekend, the Shamrock Community Center was where I could find most of my friends. They were selling goods or sharing collected memorabilia in a giant vendor hall. Each evening, we broke bread together. Well, as many of us that would fit. We tended to overrun every restaurant in town. There aren’t many overflow options in a place like Shamrock but we made do. A few days back, I wrote about a lunch I had in nearby Texola, OK that you should definitely check out if you missed it. 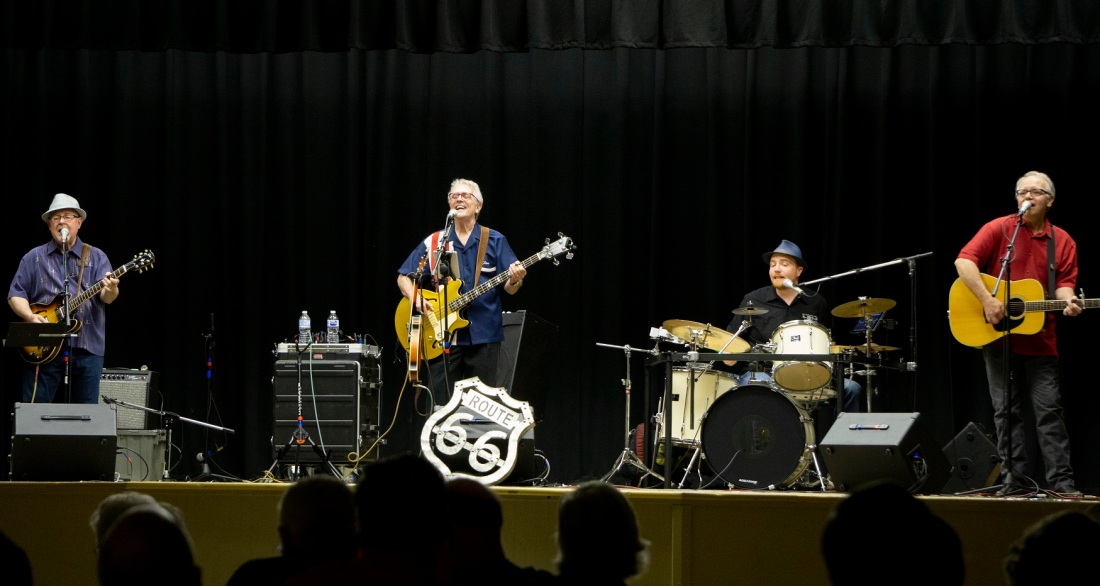 Saturday night we had a big banquet and concert by The Road Crew, the unofficial band of Route 66. The Road Crew performs at a great many Route 66 events; they even wrote an entire album of original music inspired by the Mother Road. They’re not just a band, they’re true roadies themselves. I always enjoy hearing them live in the company of so many like-minded folk. It also fun to hear their song about Ron Jones sung while he’s in attendance!

My weekend wasn’t all about Route 66.  I took some time to do a little exploring since I wasn’t anchored down in the vendor hall.  I drove out to Clarendon to see their courthouse and unusual amount of public crosses (read more about that last bit here.) I stopped in Claude to take photos of an old service station. And I drove out to Palo Duro Canyon south of Amarillo, the second-largest canyon in the country! It was beautiful. Every afternoon, storm clouds amassed and threatened…but I only got rained on once, that first day in McLean.  Let me tell you, though, it was a gully washer! 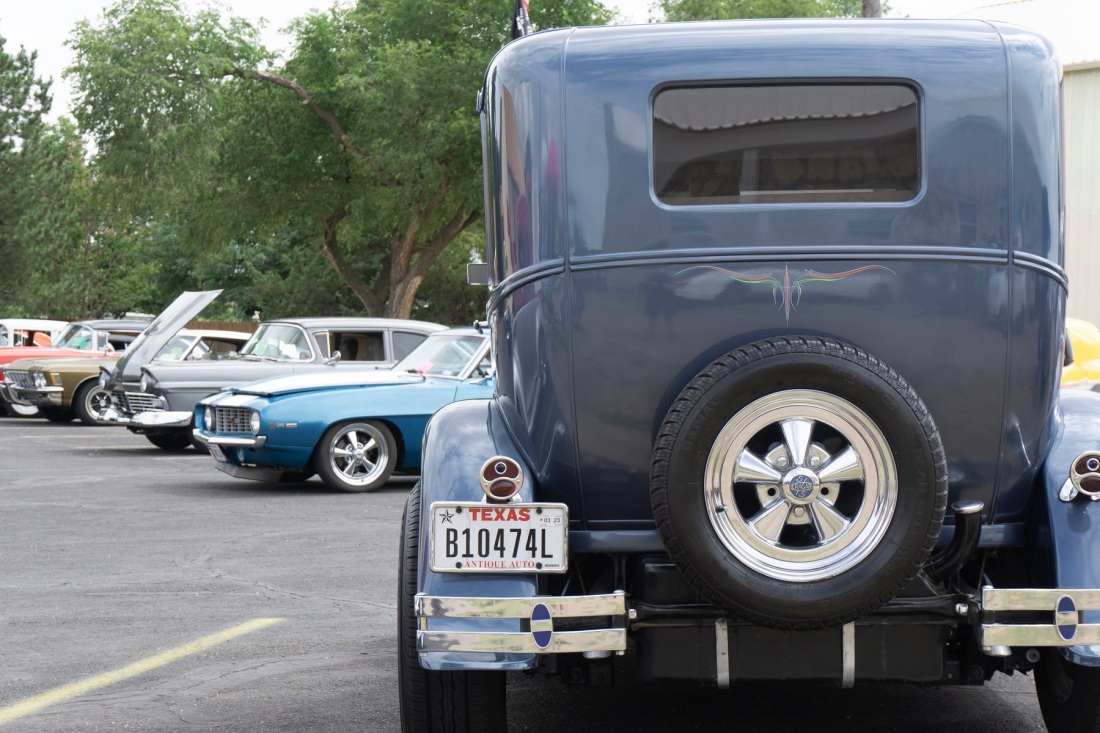 In what felt like a matter of hours, it was Sunday morning and time to go home. The last event of the festival was the traditional e-Group Breakfast, which was also a first for me.  Mike Ward, a well-known roadie with a vast postcard collection, has also run a Yahoo Group for Route 66 since 1999. For many years, the group has organized a breakfast gathering at the International Festivals. In addition to catered food, door prizes are given out thanks to the many donations from the e-Group members. There’s always enough for everyone and, sometimes, enough for two rounds of giveaways.

One of the items I walked away with came with a Certificate of Authenticity! It’s a small box of debris from the Painted Desert Trading Post, a Route 66 landmark that has been abandoned since the 1960s. It’s been mostly unreachable since that time and is starting to fall apart finally, but a Co-Op of 10 Route 66 enthusiasts banded together to buy the property. They’re working to arrest further deterioration of the property and ensure it remains available for decades to come. I know a small box of rubble sounds weird to non-enthusiasts, but it was a big deal to me. 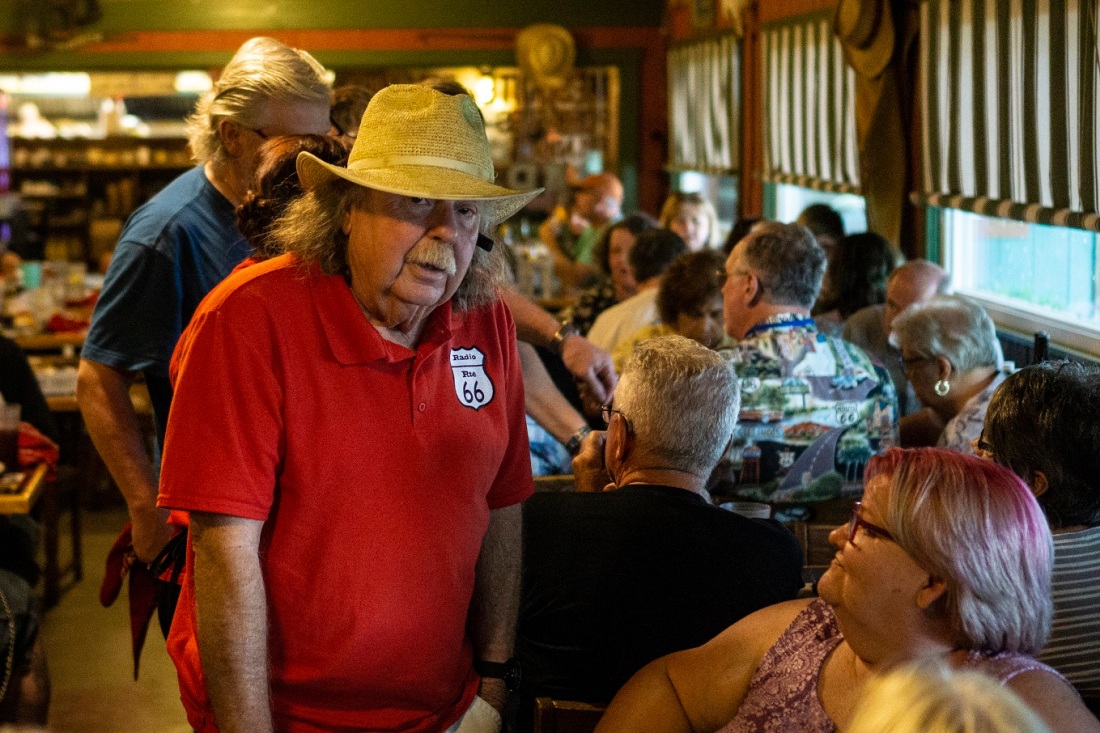 All-in-all, I had a great time. I made many new friends like Gary Cron from California, Dan Oberlin from St. Louis, and Guy Randall from Colorado. These guys were long-time roadies that had a wealth of knowledge that I soaked up like a sponge. It was sad to say farewell, but I knew I’d see many of these folks in a few weeks at the Birthplace of Route 66 Festival in Springfield, Missouri. There’s always something happening on the road! 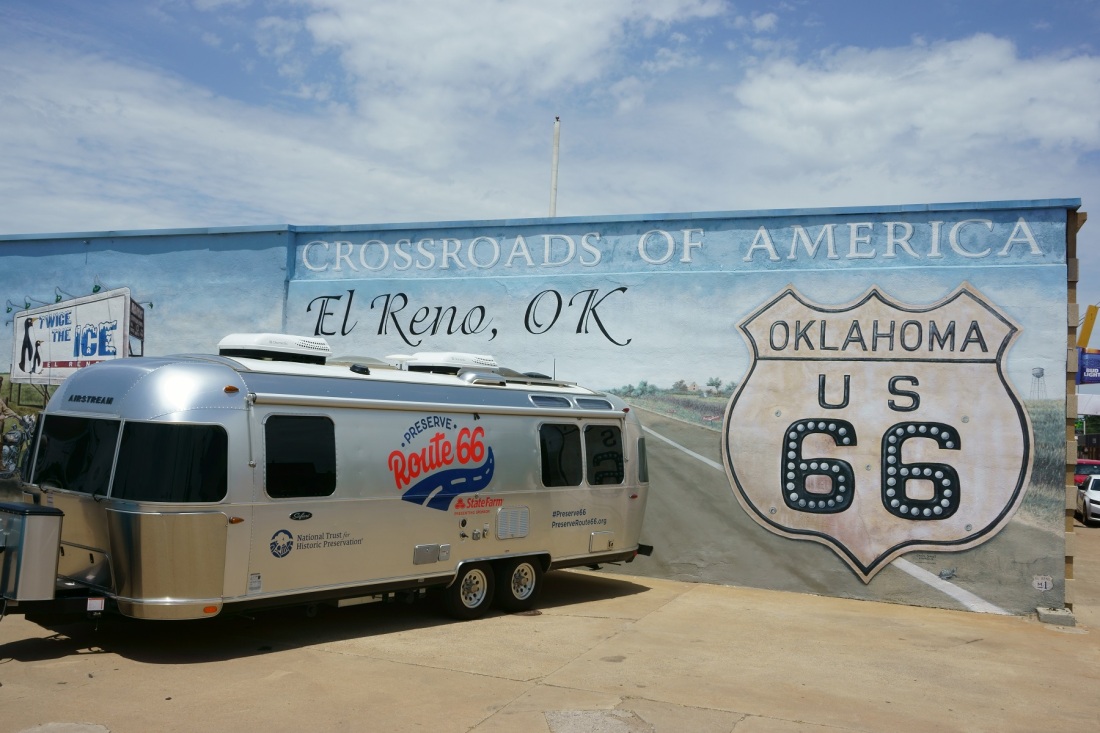 OH – and I bumped into the National Trust for Historic Preservation Crew on the way home! They were heading west through El Reno as I was heading back to Tulsa. I had been able to spend a little time with them in Tulsa before I left and it was lovely to see them again. Safe Travels, friends! And if you haven’t signed their petition to show your support for making Route 66 a National Historic Trail, what are you waiting for?? Check it out below: