Yesterday afternoon, I received news that my dear friend and local Route 66 icon Laurel Kane passed away.  It was unexpected; though she had struggled with some health issues for a while, none of them had been urgent.  Alas, here we are, a little over a day into a world without her infectious laughter and keen wit, heard often at Afton Station.

Laurel moved to Oklahoma from the East Coast a little over fifteen years ago with a dream to own a business on Route 66.  She realized that dream by purchasing an old D-X service station in the sleepy town of Afton and restoring it, creating a gift shop and a showcase for her ex-husband’s Packard automobile collection.  Over the years, it has become a required stop for Mother Road travelers, both new and seasoned.  She had a passion for the road and the people on it that had a way of getting into your soul, like a mug of hot cocoa (or a shot of whiskey) on a brisk winter day.

I first met Laurel on my birthday in April 2015; although I’d driven past in years prior I had not stopped in.  In fact, it was only a month before that when I’d really met anyone that was a part of the extended Route 66 community, at a rally to save a bypassed bridge up in Missouri.  Anyway, I’d made it a point to take a road trip on my birthday and Afton Station was my destination.  One of the friends I’d made up in Missouri, Ron Jones (the Tattoo Man of Route 66) was there (as he often was) and he introduced us.  It was like I’d known her all my life.  She talked easily about her passions, some of which were my passions, too.  She had an energy and vitality to her that seemed impossible.  During our talks, Laurel let slip that she had gotten a license to perform weddings so that she could marry some friends of hers.  I wrote about that visit here.

When it came time to introduce my fiance to my new Route 66 family, Laurel’s was the first place we drove.  We sat with Laurel for a long time at Afton Station, chatting about anything and everything.  I recall that Laurel was particularly fond of Samantha’s jewelry, immediately encouraging it and showing great enthusiasm for her creativity.  It was on that day that we also told Laurel that we wanted her to be the officiant for OUR wedding.  She was beyond excited to be involved.  We were invited to her home a few weeks later to work out the details; she took great pride in showing us some of the things she’d collected over the years.  By the time the wedding in rolled around last October, we were corresponding regularly.  I think she was just about as excited about the wedding as Samantha was by the time the big day arrived. 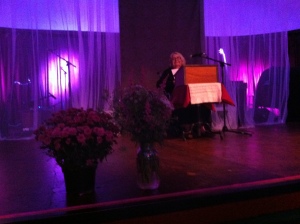 On my wedding day, it was my turn to show her around.  She was thrilled to be “playing the Cain’s Ballroom stage” and even brought her daughter and son-in-law along.  I loved standing in that historic space with her and talking through the ceremony beforehand; Laurel’s eyes twinkled as if she were the one getting married.  She performed the ceremony flawlessly and we couldn’t have been happier.  Her good friend Ron McCoy told me, “Laurel was so proud to conduct the ceremony for you and Sam. Believe me, it was the highlight of her year.”  It was the highlight of ours, too.

I am very sorry to say that I didn’t see Laurel after that.  We chat a few times online and over the phone, but life did what it does best and got busy.  I always figured there would be more time.  Much to my regret, all of our time together is over now.  This morning, I woke early and drove up to Afton. The station was quiet and I reflected on the friendship we had built in such a short time. I know that Laurel’s spirit will be there any time I want to come visit.  I will miss her very much.  She was that kind of person; she was an instant friend for life.  She kept a blog of her activities and visitors to Afton Station.  If you haven’t read it, I highly recommend it.  It’s a window into the life of a Route 66 business owner that really shows you who she was; her heart was as big as the road is long.  You can find her blog here. 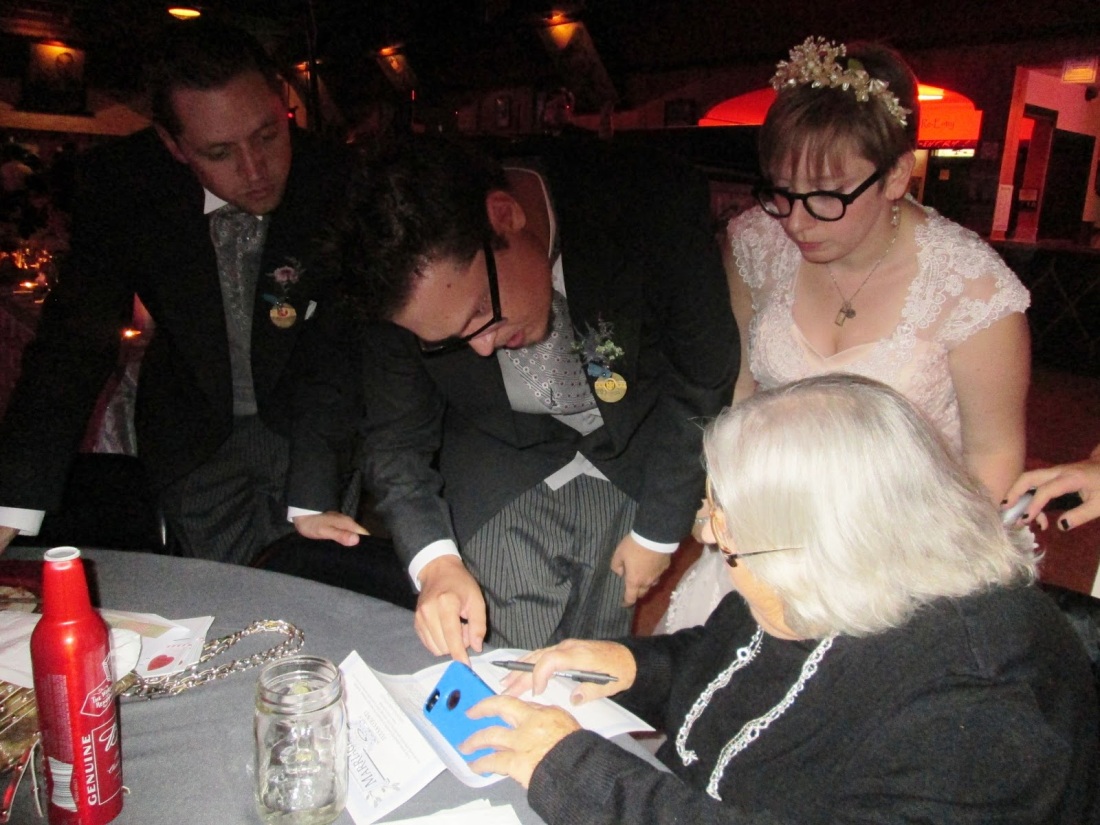 And here is a video my friend KC put together talking about Laurel a while back, with some words from the lady herself.

3 thoughts on “Farewell to Laurel”