I had the day off today.  Just earlier this week, I was lamenting to Samantha that it had been way too long since I’d taken a road trip in Oklahoma.  When I look back at my blog history, the last time I took an Oklahoma-specific trip was April 9th!  No wonder I was feeling stagnant.  Although I had not actually planned a trip, I woke early and left Tulsa at 8:30 AM, heading south.  As I walked out the door, I contacted my friend Michael and made lunch plans in the town of Noble, just south of Norman.  I was extremely  happy; the sound of the highway rushing by outside was music to my ears.

On my way to Noble, I exited I-44 to make a quick stop on Route 66 in Chandler.  I’ve driven that stretch of the Mother Road many times now, but there was a new attraction I had not yet captured with my camera.  A few months back, a new neon sign was put up on the east end of town.  Actually, it was an old sign.  It originated on Route 66, but in Oklahoma City, and advertised the 66 Bowl.  That bowling alley had been in business from 1959 until 2010, when the building was sold; the sign disappeared afterwards.  Lo and behold, someone bought the sign and was now using it to advertise a new bowling alley and entertainment center in Chandler (still under construction.)  The sign was perfect!  By the time I got into Route 66, it had been gone for years…so this was the first time I’d seen the neon with my own eyes.  I’m eager to see it lit up and animated, but I was still very pleased to see it in the sunlight. 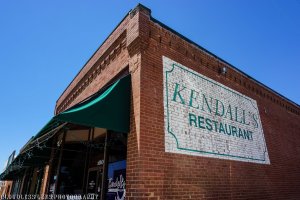 I stayed on 66 for a little ways before heading south on Hwy 177.  I was familiar with this road, too.  On the drive, I reminisced about my experiences in towns like Shawnee & Tecumseh.  I arrived in Noble at 11:00 AM, which is right when Kendall’s Restaurant opened.  I had marked the diner as a must-visit over a year ago after they appeared on a ‘Best of Oklahoma’ list.  After thoroughly enjoying their chicken fried steak, I have to say their inclusion was warranted.  I had an excellent time with my friend Michael Ray Little. We talked about music, family, culture…but music mostly.  I also delivered one of my new shirts!  I met Michael through a group of guys in Tulsa I play backgammon with on a regular basis.  They are all wicked smart, creative, and a joy to listen to.  There is no substitute for the stories of experience.

Satisfied with the food and the company, I bid farewell to my friend and continued south. I made a brief stop at the Rose Rock Gallery & Museum before leaving town.  It’s a delightful little shop dedicated to Oklahoma’s state rock, run by Joe and Nancy Stine since 1986.  They were so nice as I looked through their crafts and displays…though I couldn’t help but wonder what would happen to this little place when they were no longer around.

Just outside of Lexington, I stopped at another sight I’d marked to visit a long time ago. On the side of the road, there was an old Volkswagen Beetle that had been turned into a giant spider!  It’s in good shape for being installed in 1979 (according to Roadside America, anyway).  A few blocks down the road there was a historical marker stating that the surrounding area was the south boundary of the 1889 Land Run.

The next town that really captured my attention was Paul’s Valley.  The only things I knew about the town were that it had a Rick Sinnett mural near the interstate and there was a Toy & Action Figure museum downtown.  I certainly didn’t expect to discover a vibrant downtown district with so many things that appeal to me!  Ghost signs, murals, neon, a railroad depot, Victorian buildings, and even a SUPER COOL Art Deco service station!  The Field Bros. station had a lot of activity around it and I couldn’t tell if it was being demolished; I asked one of the construction workers what they were doing but his answer was indecipherable.  I certainly hope they aren’t tearing the building down; perhaps they were doing some restoration work?  I must return to Paul’s Valley soon, hopefully to visit that station as a restored business.

Still heading south, I drove through Wynnewood to seek out one of Oklahoma’s Muffler Man statues, this one duded up as a cowboy…but he was nowhere to be found.  I circled every side-street in their modest downtown and he just was gone.  That was disappointing.  My southern-most destination was the town of Gene Autry, named after the singer and actor that was raised an Okie.  Although the town only has about 100 people, they have a decent-sized museum for their namesake…though it was closed when I arrived.  There was no downtown to speak of; the only significant building was an old bank that had partially collapsed some time ago.

It was time to head back to Tulsa; it was almost 3:00 PM and I had dinner plans.  I drove through Sulphur (which lived up to its name) and made a quick stop in Roff, which had an old bank I’d seen online that I wanted to capture.  On the way north, I drove the Chickasaw Turnpike…Oklahoma’s only two-lane turnpike.  Michael had mentioned it to me at lunch; it’s this odd little toll road out in the middle of nowhere, not really any better quality than any of the surrounding county roads.  It’s kind of ridiculous, actually.  Michael chalked it up to the massive county commissioner scandal of the 1980s.  I did a little bit of research and it appears that a LOT of people thought it was superfluous. 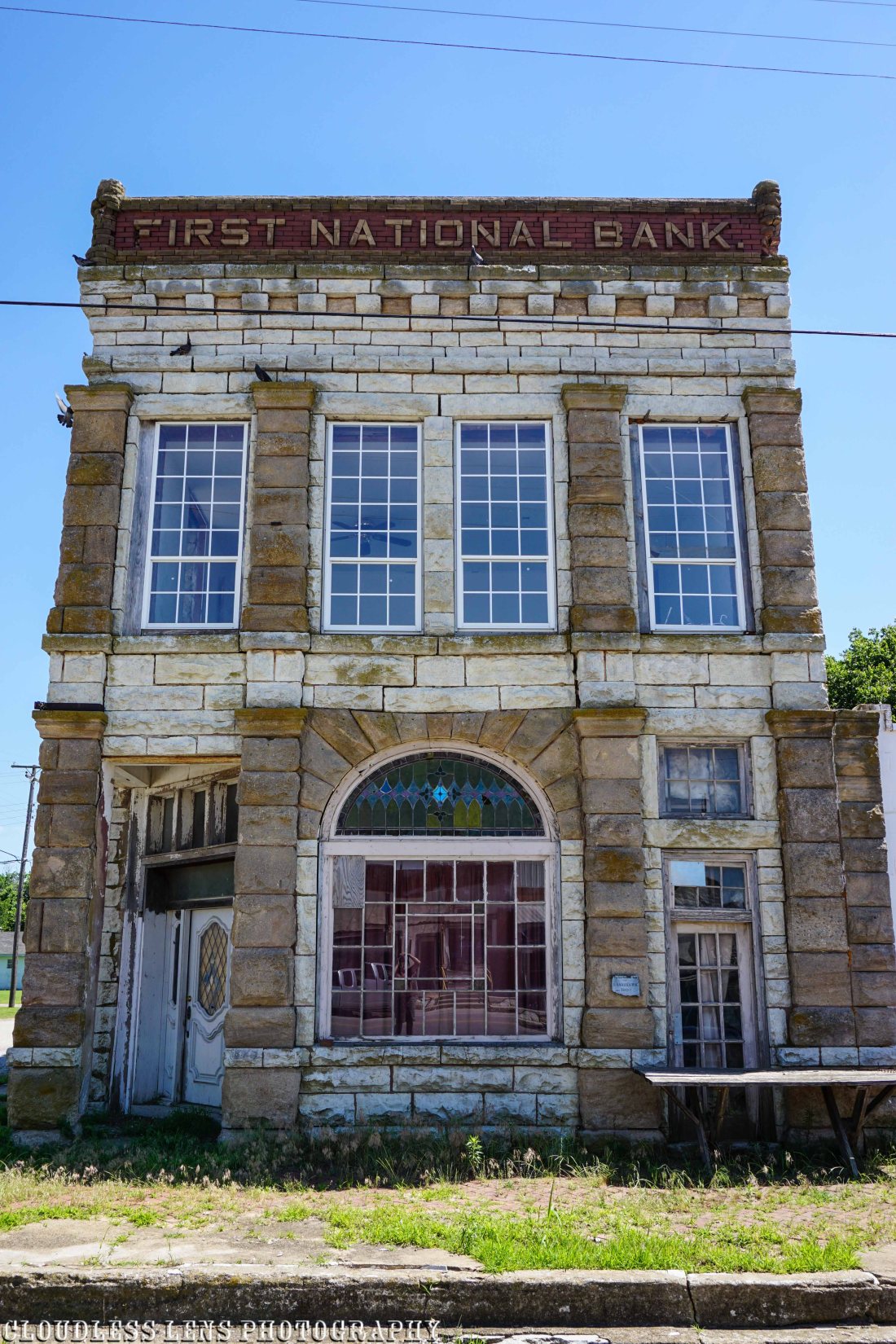 I returned to Tulsa on the tail end of rush hour, satisfied with a day of driving that fulfilled a lot of stops that I’d been looking forward to for a while.  I hope it’s not another two months before I hit the road again…I’m already marking more places to see!

2 thoughts on “Signs and Wonders”

The Old Boardman Bridge in New Milford, #Connecticut is the longest lenticular truss bridge left in the state. It's been closed since 1985 but the town would love to restore it for pedestrian use. #travel #bridge #lenticulartruss #bridges
Rain on the doorstep at the Dairy King in Commerce, #Oklahoma. #Route66 #TravelOK #ok66
A warm evening in the Peach Capital of #Oklahoma. #TravelOK #Porter #watertower
This Jackie Robinson mural at Tulsa's downtown baseball stadium is just wonderful. Great job @sker_creative and @detour303! #Tulsa #Oklahoma #mural #baseball #JackieRobinson @tulsadrillers