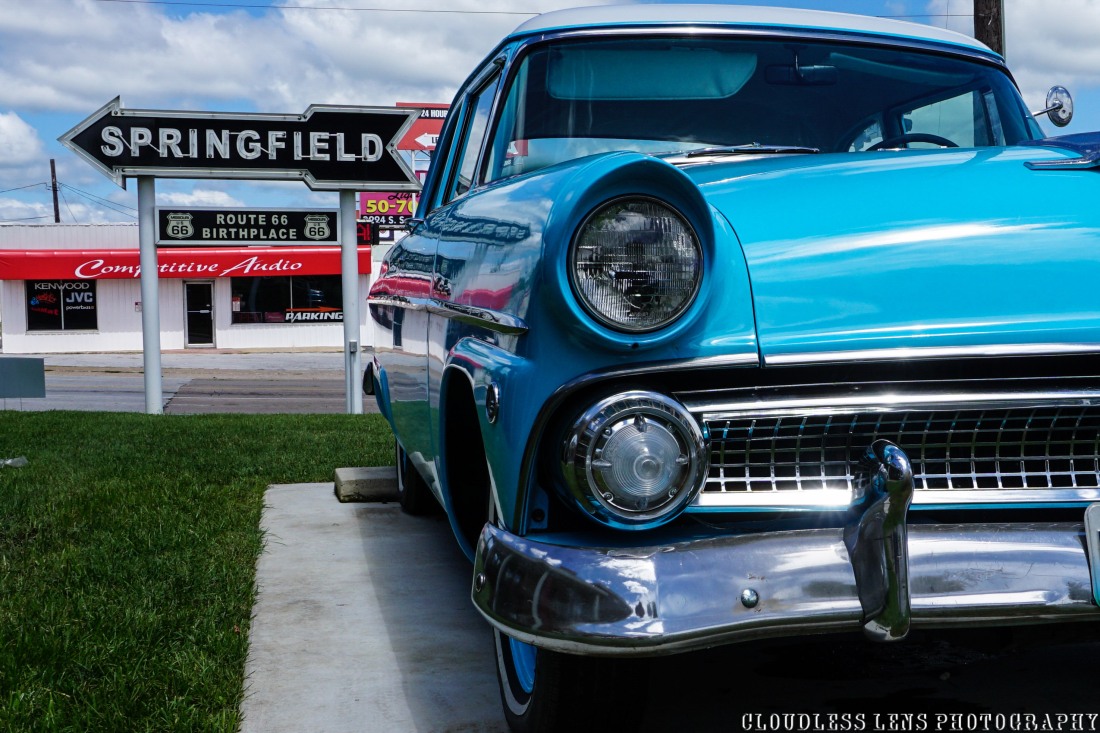 It’s really nice to hit the road after a period of time without much travel, especially when I have my favorite co-pilot in the passenger seat.  Samantha and I set out for Springfield, Missouri early Saturday morning to attend the annual Birthplace of Route 66 Festival.  The gathering itself was enough to make the trip, sure, but the bigger attraction was the fact that so many of my roadie friends would be there, too.

On Friday, a storm system threatened to literally dampen the entire weekend.  Thankfully, when we arrived in the Queen City of the Ozarks, the sun was shining bright and the weather stayed nice for the entire weekend.  In fact, the only thing that had been affected by the weather was the Friday night parade.  The Saturday crowd was huge!  Scores of classic cars lined Route 66 in downtown Springfield.  I immediately noticed that the limits of the festival had expanded from the previous year; it was clear that the sixth year of the event had seen a significant increase in attention and attendees. 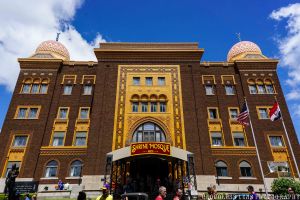 Vendors were set up in the Old Glass Place, a venue on the east side of the festival.  It sits in the shadow of the beautiful Abou Ben Adhem Shrine Mosque.  The striking arabesque building was built in 1923, three years before Route 66 was established.  Although the Old Glass Place isn’t nearly as impressive, I was much more interested in its contents.  Set up inside were dozens of friends from all around the country, selling their goods and exhibiting a selection from their vast collections.  It’s always good to catch up with everyone in person instead of online.  With every handshake and conversation, I became more convinced that next year, I have to be among them.  I think my calendars, photos, and other goods would fit in well with the rest of the group offering.

When I went to greet Mike and Sharon Ward of Mesa, Arizona they had a surprise for me.  Sharon made me a small cross-stitch gift that features my favorite site on the entire route: the Hole in the Wall Station in Commerce, OK.  I was overwhelmed with gratitude.  Not only was it a selfless gift that showed some insight, but it was tangible proof that I was really a part of this extended family.  It now has a place of honor above my desk at home.

After making the rounds in full, Samantha and I headed back outside to see the rest of the festival.  We spent the next few hours wandering downtown Springfield, ogling cars and browsing vendors.  We met back up with the roadie crew for dinner and had a fantastic time.  If you ever find yourself in Springfield and want good local eats, check out Civil Kitchen.  They not only provided fantastic food & drink, but they graciously served our party of 30+.  Everyone had a wonderful time.  Although our after-dinner gathering at the Rail Haven Motel was smaller than it was last year, the good times lasted well into the night.

Sunday morning, we headed back downtown.  After another excellent meal at Gailey’s Breakfast Cafe (highly recommended!) we stopped back in to say goodbye to everyone.  As I am wont to do, we took the slow road home on old 66 for much of the way. Although the mercantile in Halltown was closed, we did stop in Paris Springs on the way.  I was very pleased to see Gary Turner’s station open and serving travelers.  I had a nice conversation with one of the new proprietors and it’s heartening to see someone so passionate about the experience at the helm.  It’s a new day at the Gay Parita, for sure.

We made one more stop before reaching home, and that was in Chelsea Oklahoma.  They recently renovated an old pedestrian underpass that goes beneath Route 66.  It’s beautiful!  One wall features a mural representing Chelsea’s heritage while the opposite wall is open for people to sign it.  I saw signatures from a dozen countries alongside a few familiar names among the hundreds that already grace the tunnel wall.  Samantha and I added our names before we hopped back in the car and headed west. 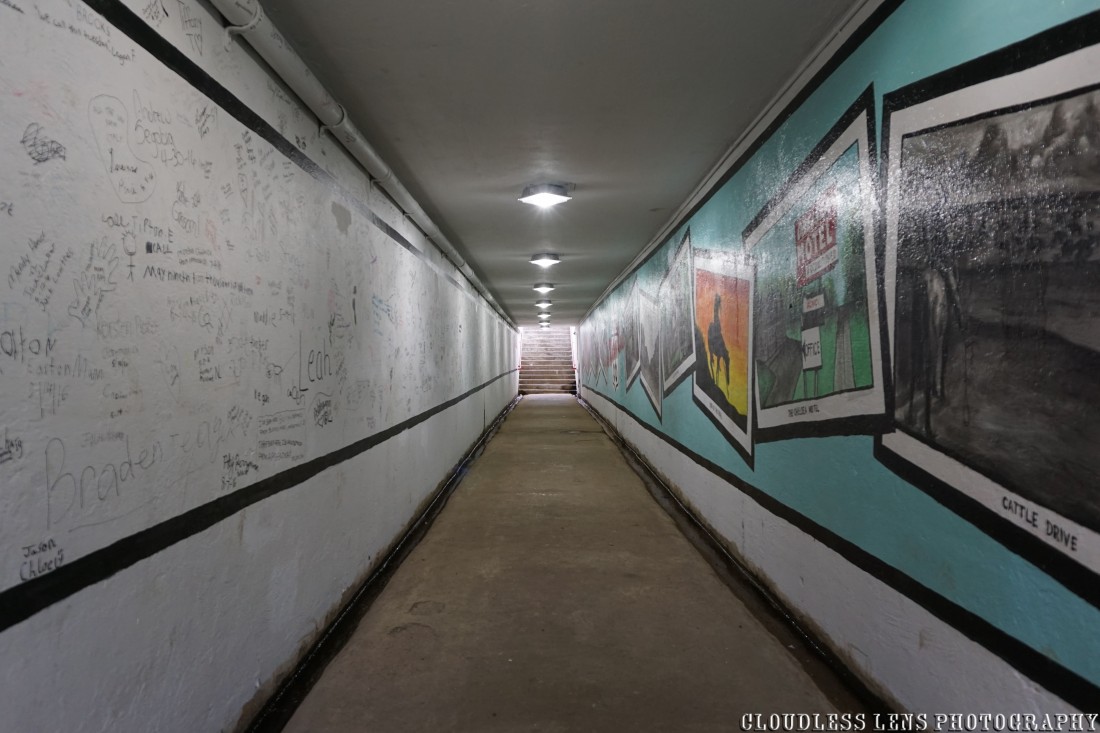 I’ve already started making plans for next year, figuring out what I want to bring to the 2017 festival and how I want to represent myself.  I’m a little nervous at the idea, but that is easily overridden by my excitement.  It’s gonna be a good time!