As I’ve traveled around the country (and the world) I’ve noticed a few recurring themes.  Some of them are easy to spot, such as cafe wall decor with the same “down home” phrases or t-shirts with the same broken English phrase throughout Southeast Asia.  Others take some time to recognize and appreciate, like The Three Sisters.

The first time I heard that name I was in Arches National Park (four years ago, almost to the day.)  The sandstone tower rises about 350 ft into the sky, topped by three summits which are weathered in such a way that they look like heads.  Because of that, they’re also known as the Three Gossips.  I wonder what they’ve been conspiring about for all these years?  Arches as a whole is a really stunning display of natural wonder; if you’re ever in southeast Utah, make time for it.  You won’t be sorry! 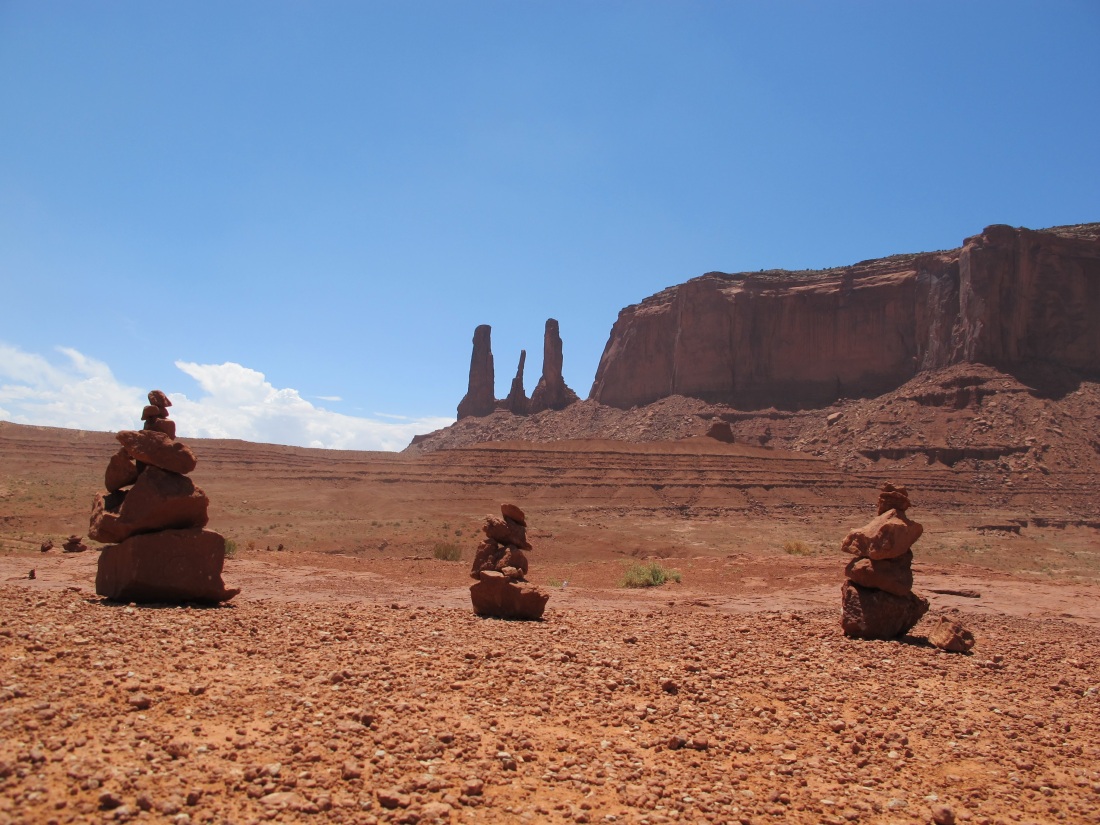 On that same road trip, I experienced Monument Valley for the first time.  I was so excited, as I’d grown up watching classic John Wayne films with my father.  The landscape was even more impressive in person.  As I toured the valley, I learned that they, too, had Three Sisters.  Someone that had been there before me stacked a trio of stone pillars in tribute.  The valley is my favorite place on Earth and I want to go back.  Even though I’m not big on camping, I’d spend the night outdoors in this magnificent place.

There are many more landmarks I haven’t seen.  The most famous is in the Blue Mountains of Australia, but there are other identically named formations in the Bahamas, New Zealand, California, Colorado, and Arizona. ‘Three Brothers’ are around, too, such as in Yosemite or Bulgaria, but that name isn’t nearly as popular.  Maybe someday I will be able to say I’ve seen ’em all!

A few weeks ago, someone asked me if I had a picture of the Three Sisters.  I went into my collection and produced several stunning Utah landscape photos, only to be told that they were looking for the Three Sisters in Tulsa.  I was dumbfounded; I didn’t know of any rock formations like that in Oklahoma at all.  It turns out that downtown T-Town has a set of buildings with the same nickname! 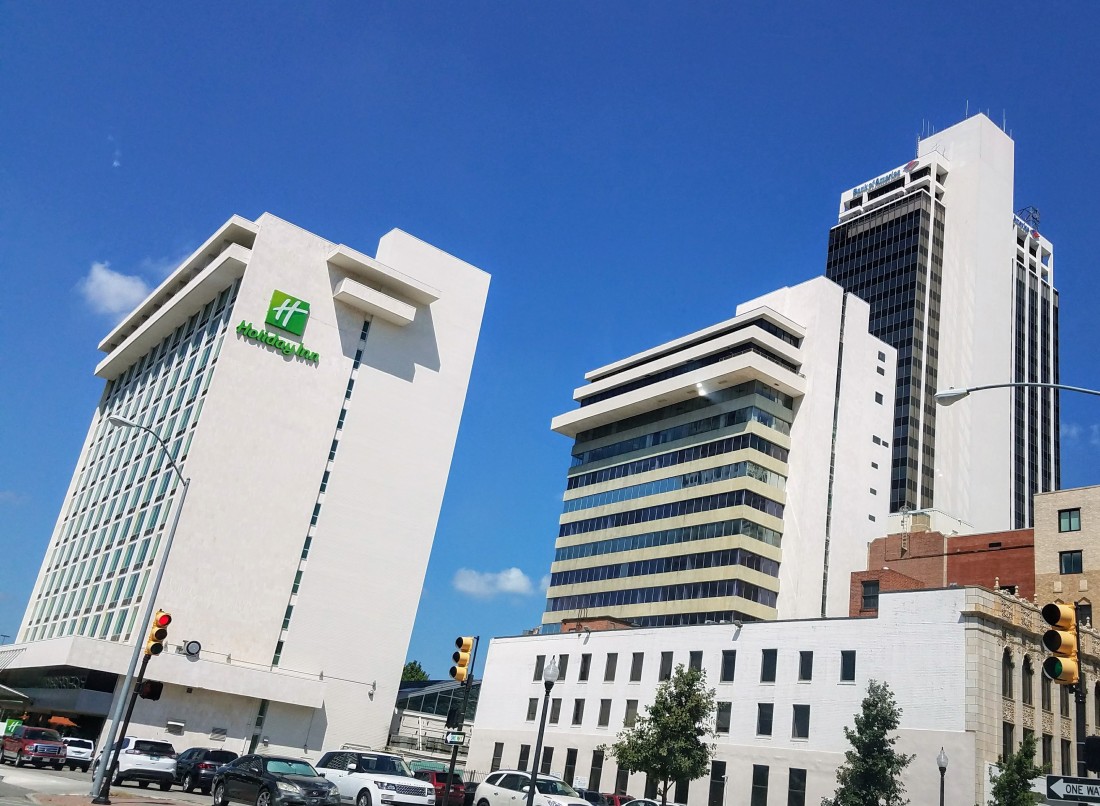 The tallest building, the Bank of America Center, was built in 1967 and tops out at 32 floors.  The Petroleum Club Building and the Holiday Inn aren’t quite as tall, but they have a similar design and, thus, are seen as architectural siblings.  I’m going to have to keep my eyes open in other cities and seek out similar groupings.

Are there any other instances of Three Siblings that you’ve seen or heard about?

One thought on “Three Sisters”