It’s not a shocking statement to say I spent a little time on Route 66 this weekend.  What made this trip much different, though, is the fact that the time I spent cruising the Mother Road wasn’t behind the wheel of my Mustang.  I spent Saturday walking a stretch of Oklahoma 66 with approximately 50 others (mostly teachers) in support of Oklahoma’s education system.

If you’ve been following the national news, you already know that Oklahoma’s teachers walked out last week.  They rallied at the capitol building to demand better teacher pay and better funding for their schools, which has been among the lowest in the country.  Although a little progress was made last week, it hasn’t been enough to get us out of the hole.  As a part of the walkout, a group of teachers from the Tulsa area (including the superintendent, Dr. Deborah Gist) started walking to Oklahoma City from Tulsa on Wednesday, April 4th.  Their route took them down old Route 66, stopping in small town school gymnasiums to sleep on wrestling mats as they trekked 110 miles southwest. 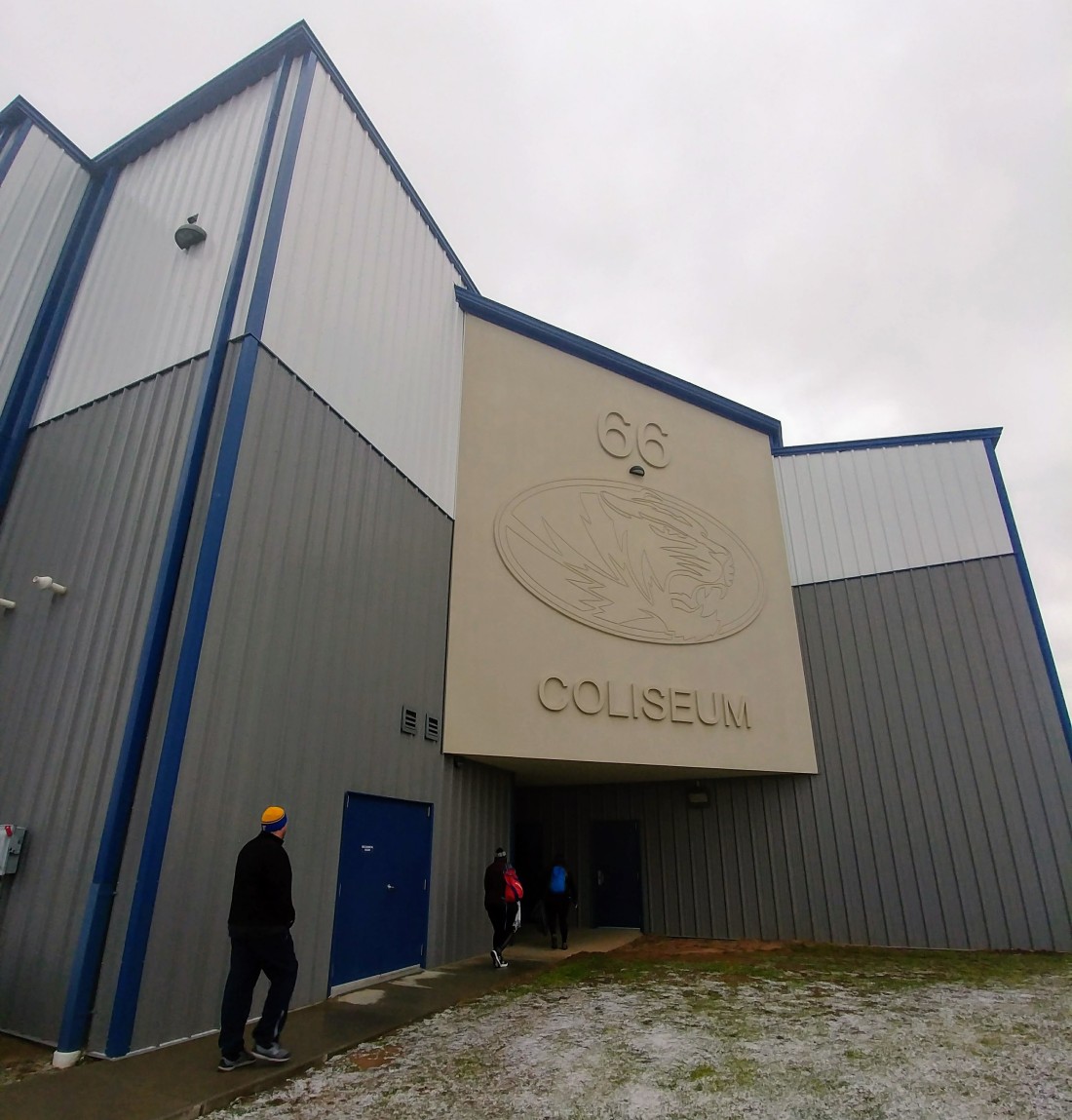 Although neither Samantha nor I have children, we believe in their cause and wanted to show our support. We woke early on Saturday, April 7th (my 37th birthday) and joined two friends on a drive to Stroud, OK.  The skies were cloudy and the temperatures were below freezing; we passed half-a-dozen car accidents due to the slick streets and icy bridges.  We arrived in Stroud in one piece as a light snow began to fall.  We walked into the Route 66 Coliseum on the eastern edge of town, signed in, and set out with Team Turtles (the slowest of the three groups) at about 8:30 AM. 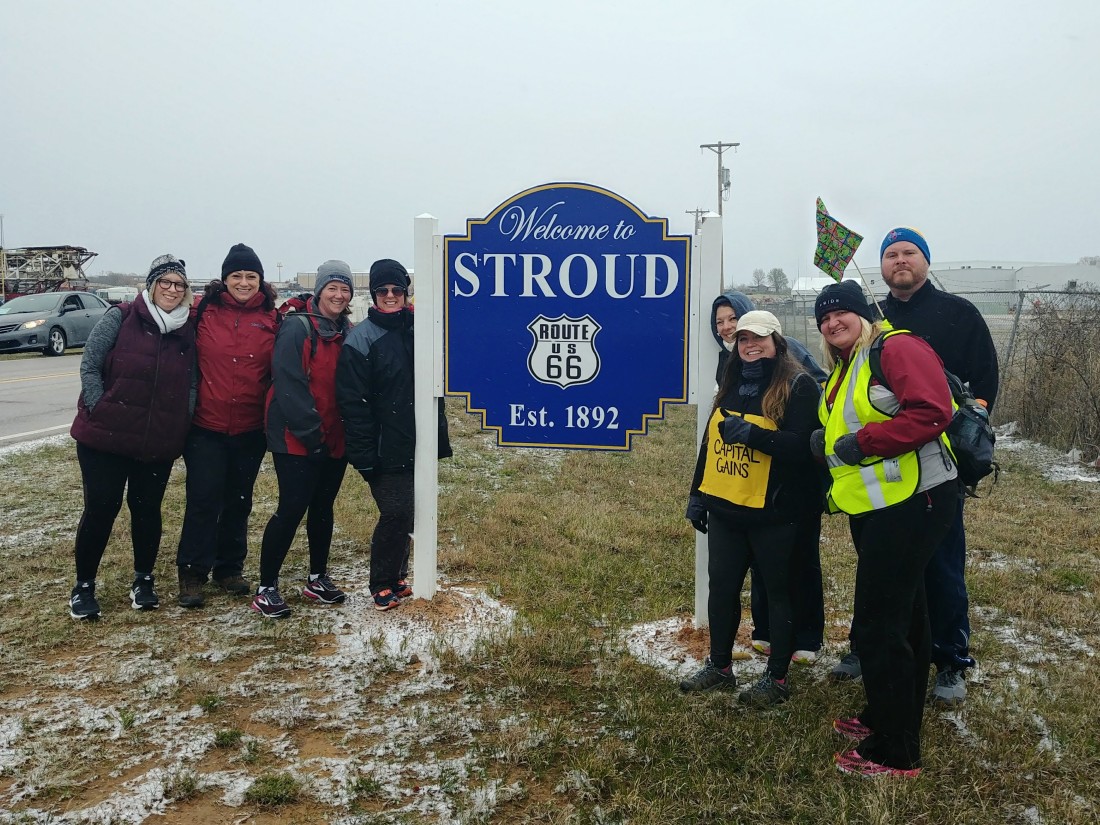 Our journey that day took us from Stroud to Chandler with a lunch stop in Davenport. I’ve driven that section of Route 66 many times (in fact, just a few weeks ago with a group of TCC students) but walking the road was much different.  I took in my surroundings differently due to the slow pace; as much as I wished the snow would stop, I appreciated the beauty of it on the redbud trees.

I also gained a stronger appreciation for the simple act of putting one foot in front of another. It was terribly cold; the wind chill was in the teens when we started and eventually the snow turned to sleet.  Shortly before our mid-day stop in Davenport, thankfully, the weather cleared and the clouds broke up. The afternoon sunshine was most welcome. 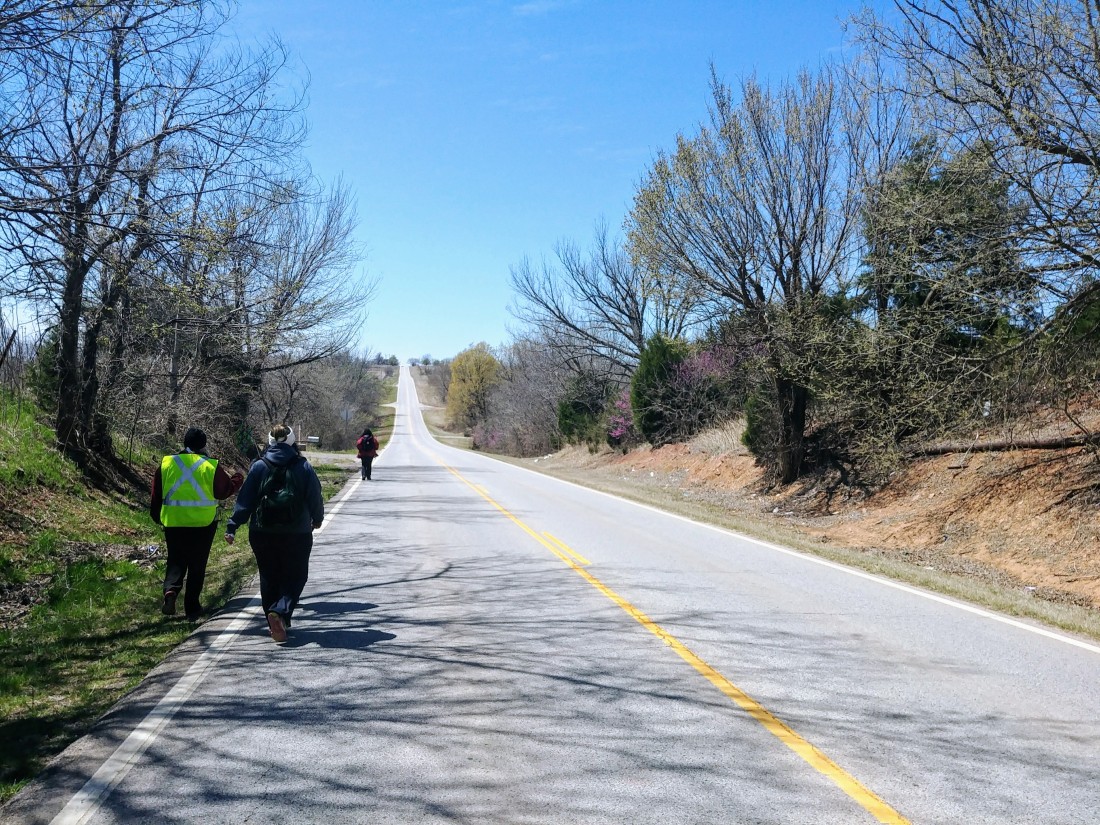 The teachers received support from a great many people. Motorists waved, honked their horns, and shouted encouragement as they drove by.  Residents that lived along Route 66 came out of their houses as we walked by to offer water and snacks.  When we entered Davenport (and, later, Chandler) there were welcoming committees of local teachers, parents, and students cheering us on.  There were only two or three instances of people giving a thumbs-down or shouting at us to get off the road.

By the time we ambled to our destination in Chandler, the group had traveled sixteen miles. I spent a few miles after lunch inside a support vehicle due to a hip issue but Samantha and our friends (one of whom is a teacher in Verdigris, another Route 66 community) walked the entire day. We celebrated our survival with a fantastic dinner back at the Rock Cafe in Stroud. Special thanks to Jerry McClanahan for the lift back to our starting point! 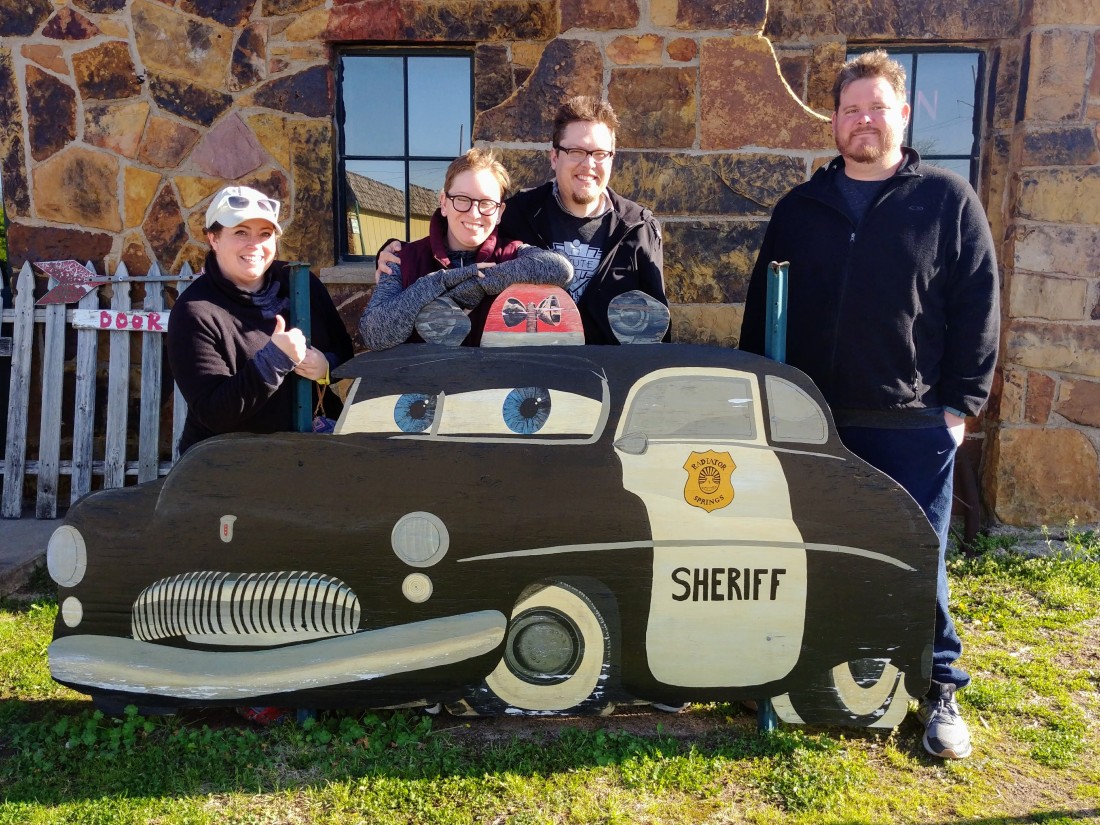 The historic significance of the march was not lost on me.  Shortly after Route 66 was established, tenant farmers in Oklahoma uprooted and set out for California, leaving the Dust Bowl behind to seek a better future for their families.  Oklahoma educators are using the same highway as a path to a better future for their students and the families of the Sooner State’s future.  I admire the many teachers and other staff I met on the day’s journey, including Dr. Gist who was walking right along with them. I was a broken man after a single day and cannot imagine walking for an entire week!  My hat is off to them; their passion and commitment will surely lead to the brighter future they are seeking.

4 thoughts on “A Teachable Moment”