There is a lot of past in my present, and it’s good to be back. 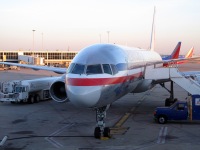 The morning started early, what with an 8:30 flight and all.  I’d spent most of the previous night tearing the apartment apart trying to find my passport, finally giving up around midnight.  Indi and I looked everywhere, and it just wasn’t around.  Sure, you don’t need a passport to get to California, where I was flying out for a week before Blizzcon 2010, but I’d hope to jaunt down to Mexico.  Honestly, I was more depressed about the fact that all those passport stamps were gone, too.  But this morning, I had given up.  I sat in my chair, eating a bowl of cereal, when it hit me.  I walked straight into the closet and picked up the small pack that held my passport and went straight to it.  Strangest thing.  Good timing, too, cause Indi dropped me off at the airport about twenty minutes later.

I said goodbye to my wife, who was staying home due to work commitments and financial constraints.  It was a sad moment I try not to think about; I miss her terribly.  I didn’t have a lot of time to miss her today, though, as I checked in ($25 for one checked bag?  Really?  Oh, and crazy 3D body scanning security!) and flew to Dallas.  Once there, I had another quick bite and was accosted by some traveler gathering McDonald’s Monopoly pieces.  After a short layover and a conversation with some mTV dance group about their iPhones, I boarded my flight to Los Angeles.  As long as I’d been out of the travel game, it was really easy to pick back up.  Add in the fact that walking briskly down a moving sidewalk with my Tenth Doctor coat felt amazing and it was a relatively painless experience.

Landing in LAX came quickly, thanks to my 3 hr flight of Dramamine/Imitrex induced zombie state, and quickly again came my car rental.  Thanks to my Garmin GPS device, I arrived at my host’s place at about 1:20 PM Pacific time.  Doug’s house is exactly as I remember it, a gorgeous 1914 wood shingle home atop Signal Hill, across the street from working oil pumpjacks and overlooking the city of Long Beach.  Doug was helping his ex move today so the first few hours were mine.  I found my key, got settled, and realized I was hungry again.  What does Rhys do when he’s hungry in L.A.?  Go to In-n-Out burger, of course!  I was once again wowed by their superior customer service and amazingly fresh food.  I didn’t go overboard, just a single cheeseburger, but it was difficult.

I got back to the house, took an impromptu nap, and at about 4:30 Doug came home.  It was really great to see him.  Doug’s laid back personality and excessively friendly demeanor is as contagious as Captain Trips.  He also makes it a personal mission to make sure you have a good time.  I noted his new RV, which prompted his stories from Burning Man this year.  His Buick convertible is gone, and one of his awesome dogs has passed on, but Doug’s mood was as jovial as ever.  We took a short drive into town and had dinner at a BBQ place called Johnny Rebs; ironically, I sat right next to an old Oklahoma license plate on the wall.  Dinner was good, company was good; afterwards, we took a walk down Belmont Lane and enjoyed the cool autumn breeze coming off the ocean.

So it’s late now, I’m turning in, and tomorrow we’re doing some driving around town.  Monday should be Mexico (since I have my passport, yay!) and Thursday starts my Blizzard Entertainment fest with the charity dinner.  I’m so excited to be out here; though it was cloudy today.  Hoping for some sunny weather tomorrow!