There’s a small town southwest of Springfield, Missouri called Paris Springs.  Well, “town” is generous; technically it’s a “small unincorporated community”.  It probably wouldn’t even be that, but it has a special lifeblood: it sits on old Route 66. In Paris Springs, there’s a small service station called Gary’s Gay Parita.  It’s an odd name, but it actually comes from the original owners.  Back in 1930, a Sinclair Gas Station was built and owned by Gay and Fred Mason.  It burned down in 1955, but a local man named Gary Turner decided to rebuilt it a little over ten years ago as a tribute to them and the entire Mother Road culture.  It’s an impressive roadside attraction, restored with an obvious passion. 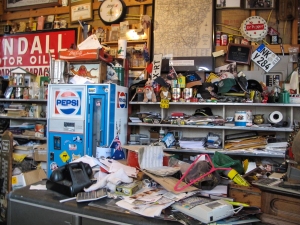 I stumbled across this place completely by accident; somehow, its existence had entirely escaped me until I drove past it last September.  I pulled up on a Sunday morning and wandered around, marveling at the colorful roadside artifacts. I had a conversation with a lovely older woman (who I later learned was Gary’s wife, Lena) for a few minutes about the station, Tulsa, and the lovely morning we were having. Gary was walking around the grounds, showing some other folks around. I took quite a few pictures, but didn’t approach him; I didn’t want to interrupt his tour and the passionate conversation that they were having.  I didn’t know of his world-renowned kindness or his tendency to hold people’s attention for hours with travel stories and advice.  I had no idea that Gary was one of the most respected, treasured men on the Route.  I learned all of this later, and told myself I’d get back up there soon to spend an afternoon with Mr. Turner, sitting on his bench with a cold pop and an eager ear.  Sadly, I will never get that chance.  Gary passed away last week at the age of 81.

The outpouring of love for this Route 66 icon online has been almost overwhelming.  A memorial service was announced for today, and I decided to take the trip up to the Show-Me State to pay my respects.  I had a whole day and decided to make the most of it by seeing a bit more of the Route.  My phone told me it was going to be in the mid-fifties and sunny:  perfect for a road trip!  What I failed to take into consideration is that the weather in Tulsa isn’t the weather in Springfield.  When I crossed the state line into Missouri I was greeted with clouds, colder temps, and rain.  I continued on, determined to make it as far north as Rolla.  Well, about 10 miles west of Rolla, to be exact.  My destination was an old tourist court from the 1930s called John’s Modern Cabins.

The cabins have been abandoned for decades, which makes their rusted neon sign delightfully ironic.  There were once eight log cabins and a dance hall here, but changes to Route 66 itself and the introduction of I-44 doomed the roadside lodging; it closed in the late sixties. Miraculously, several cabins still stand, though they are all quite dilapidated.  As you can imagine, entering the buildings is unsafe (there’s even a pleasant NOTICE outside that reminds people how risky it is to wander the area) but they make for great photographs.  My original coordinates sent me on a wild goose chase, but thanks to some handy mobile internet research, I found the Modern Cabins and took my fill of photographs.

Once finished, I headed back down to Paris Springs; on the way, I stopped at the Devil’s Elbow truss bridge I missed on my last drive through the area.  I arrived at Gary’s station right around 2:00, which is when the gathering was scheduled; the little stretch of the Mother Road was full of cars on both sides.  I got out and wandered, the dreary clouds a reminder of the somber occasion.  As I walked around, I heard people telling stories about meeting Gary and what their time at the Parita meant to them; it was clear that love for Gary was universal.  There was a sense of pride that underlined the conversations, especially from family members.  At one point, a woman came up to me.  “Are you Mr. Martin?” she asked.  I smiled, confirmed, and shook the hand of a woman I learned was a fellow member of a Route 66 message board I have been frequenting for the past six months.  It was a pleasant surprise to be recognized in the wild.  Funnily, I did the same thing to a guy I recognized from the group not five minutes later, and he acknowledged me with, “Oh, yeah, the bridge guy!”  A third guy recognized my Mustang from some photos I’d posted.  It was a little surreal, but very lovely to connect with these people…even though the circumstances were less than ideal.  I didn’t stick around long, as I didn’t want to intrude (again) but a group of us are planning to re-meet in March.  I expect that to be a time of remembrance, fellowship, and good times 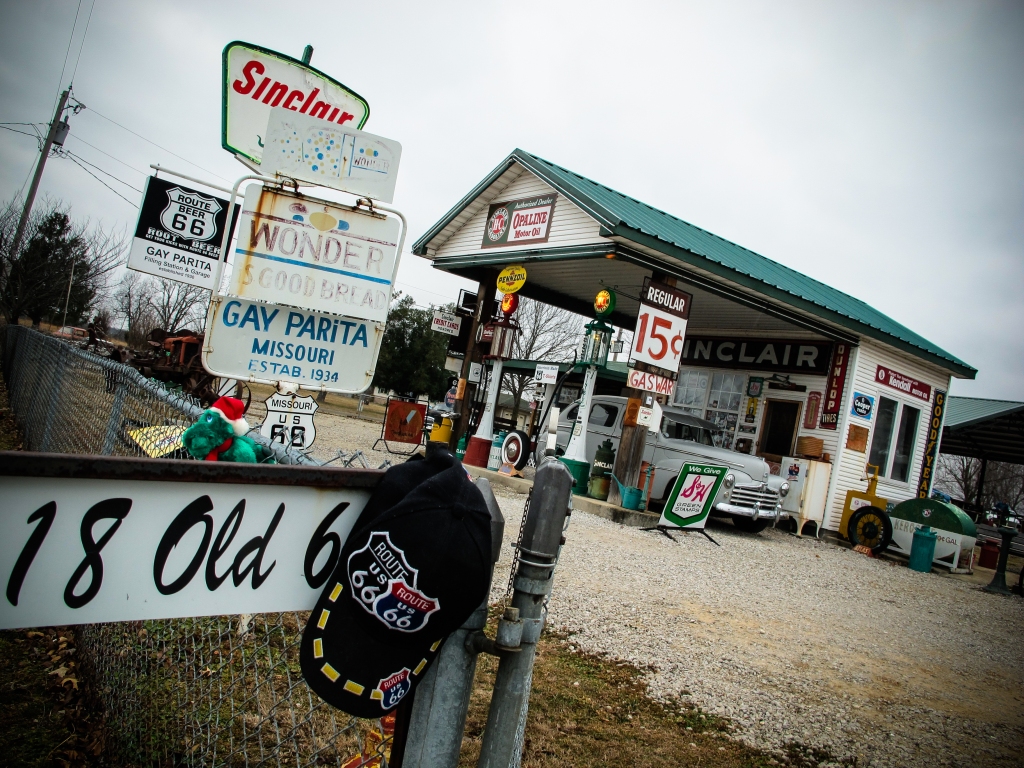 Gary called everyone he met on the Route “Friends for Life”.  Although I never met him, I know we would have hit it off. I regret missing my opportunity to hear his stories and shake his hand, but I’ve heard enough about him over the last few days to know that our friendship would have been an absolute.

2 thoughts on “The Turning of Time”