What a trip!  This past weekend, I drove to central Missouri to take part in the second ‘Save the Gasconade Bridge’ rally near Lebanon.  The gaggle of roadies that descended on the Ozarks from across the country also celebrated the 70th Anniversary of the Munger Moss Motel / 45th Anniversary of ownership by Bob and Ramona Lehman.  To top it all off, many of us drove 160 miles on Sunday to pay our respects to the late Laurel Kane at Afton Station in northeast Oklahoma.  It was a fun, busy, and emotional weekend for everyone involved. 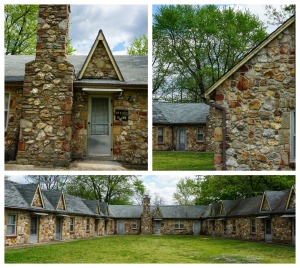 I took Friday off so I could take my time on my drive to Missouri.  I actually bypassed Lebanon entirely and drove a bit farther north to see some parts of 66 that I had missed previously.  My first stop was in the town of Sullivan, which is about 70 miles from St. Louis.  On the west side of town there’s a nondescript stone building, set back from the road a ways.  It was once a motel that catered to Route 66 travelers called the Shamrock Court.  Built in 1945 by an Italian stonemason, the craftsmanship is stunning!  The native rock walls feature a stone sunburst design throughout the stonework.  Although it’s obviously been closed for some time, the grounds are well-kept and the structure appears to be pretty solid.  There’s no sign anymore, sadly. 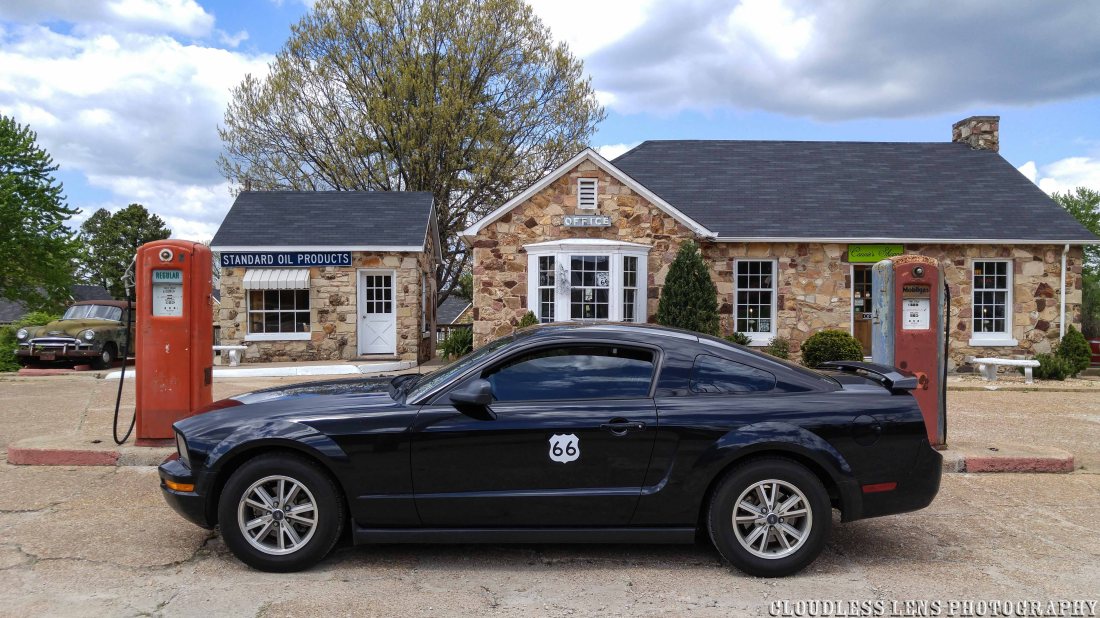 After my stop in Sullivan, I headed back west.  Cuba is a town I’ve been through before, but didn’t take the time to really appreciate.  I didn’t have a ton of time this weekend, either, but I made sure to stop at the Wagon Wheel Motel.  It’s the oldest continuously operated motel on the Route!  It is also made with native Ozark stone and the property is in GREAT shape.  A few old gas pumps and a rusting Chevrolet remind travelers that this place once also boasted a filling station to help pay the bills, similar to the Boots Court down in Carthage.  As I was wandering around taking photos, a man came up and greeted me.  He worked at the Wagon Wheel and was proud to tell me about the history of the motel and the restoration work that took place a few years ago.  I also wandered the gift shop, which boasts many great customized goods.  I can’t wait to return and spend a weekend at the Wagon Wheel and take my time exploring the rest of the town. 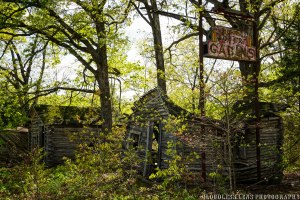 My next stop was a brief one at John’s Modern Cabins.  I’d been here before (last January, which I wrote about here) but it’s the kind of place that I want to experience in all seasons while I still can.  The cabins, which have been abandoned since the 1971, continue to deteriorate next to a former stretch of the Mother Road and a former section of I-44.  It’s the only site I can think of that’s been twice bypassed.  I know one day these old wooden buildings will be completely gone and all I’ll have are the memories.

Not far away is another overgrown site just off 66 that I hadn’t seen:  Larry Baggett’s Trail of Tears Memorial.  Larry was known for his eccentricities and claimed to have been visited by the ghosts of Native Americans that had died making the journey across the country during the forced relocation in the 1800s.  He built a tribute memorial to these lost souls out of native stone over more than thirty years.  The entrance features a beautiful archway and several statues; one of them, a self-portrait of Larry, has been vandalized severely and no longer features a head or hands.  There’s also a wishing well, a few rock gardens, and a house at the top of the hill built around three living trees.  Larry passed away in 2003 and the site had been abandoned and vandalized in years since. 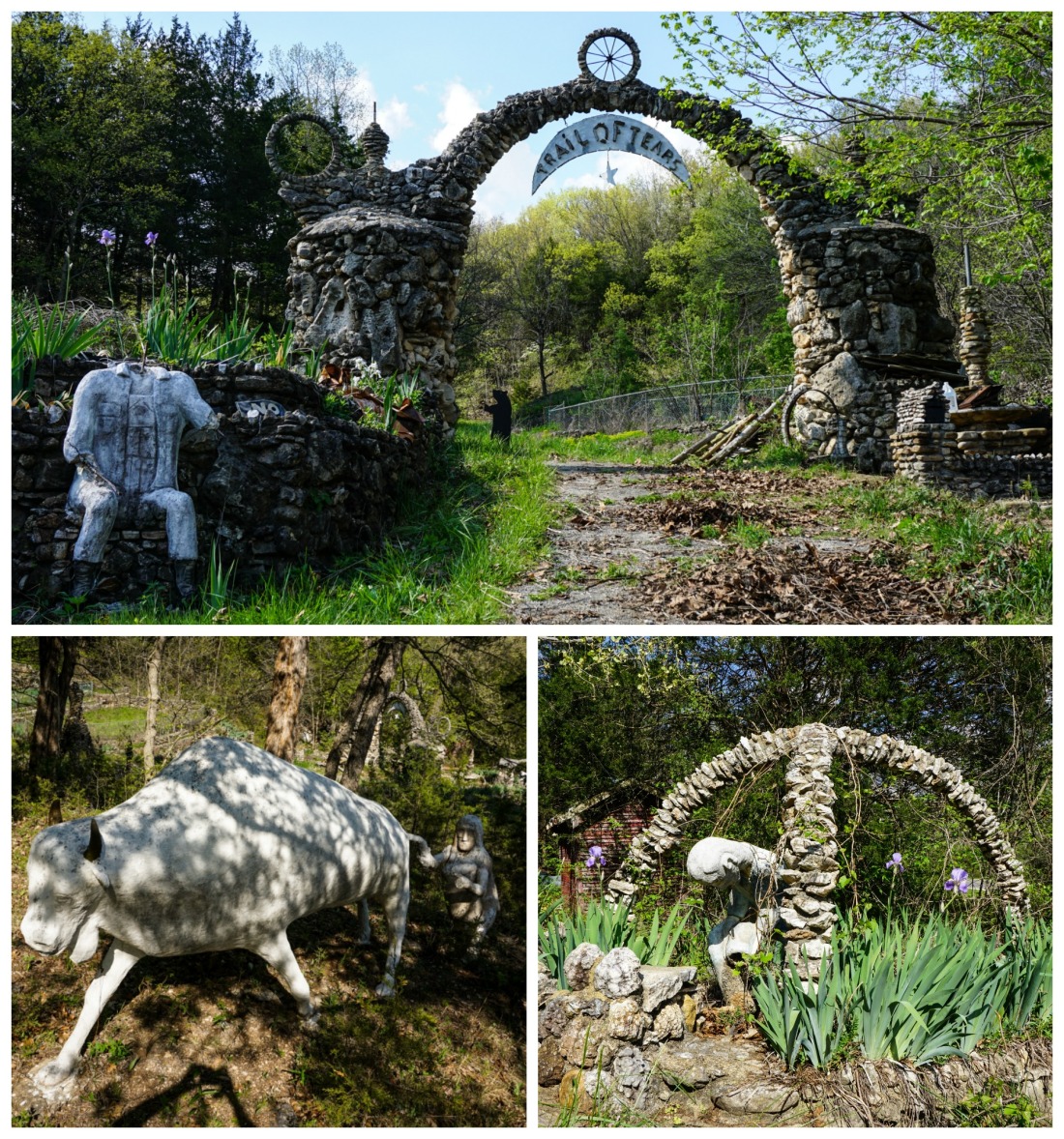 I didn’t expect to get to see much of it in detail, as trespassing is not my thing, but my timing was perfect: the current owner was on the property, cleaning up a few areas and trimming brush.  She introduced herself as Marie and told me a bit about the place, pointing out a few areas of interest. One of them was a white statue on the hillside, which represents a folk story that Larry told visitors about a club-footed boy and an albino bison.  She lamented the damage to the site over the years but said she was optimistic about getting the place ready for visitors in about a year, provided things go well and nothing else gets damaged.

I continued west on Route 66, stopping briefly in Devil’s Elbow to capture their restored truss bridge before hopping back on the interstate so I wouldn’t miss a showing of Shellee Graham’s documentary about the lost Coral Court Motel in St. Louis.  It was a delightful homecoming; we all had a great time catching up with each other and preparing for Saturday’s events.  I can’t wait to tell everyone about it and will be writing about them soon!