Last week, in addition to my meandering drive through eastern and central Oklahoma, I made a little jaunt into Osage County.  If you’ve followed my travels for a while, you know how much I love it up there.  Both sides of my family hail from within the Osage Nation.  For the first time in a long time, I was making that familiar drive up Highway 11 to see something truly new.  I headed to Pawhuska to see Ree Drummond’s new shop, The Mercantile.

Ree Drummond is better known as The Pioneer Woman, a successful food writer, author, and television personality.  The Drummonds were well-known in the Osage before her success, though, as the Drummond family has been a ranchland cornerstone for over a century.  The Mercantile (or Merc, as she calls it) was built in 1903 and became the Osage Mercantile Company in 1910; that company actually hired the original emigrating Fred Drummond as a clerk for a time.  Over the years, the same building housed a realty agency, the telephone company, and a C.R. Anthony department store.  Eventually, as most things in Pawhuska, it became dormant and in dire need of love.  Four years ago, the Pioneer Woman bought it and began renovating the space for a shop and restaurant.  The doors opened on Halloween and the business has been met with an overwhelming response. 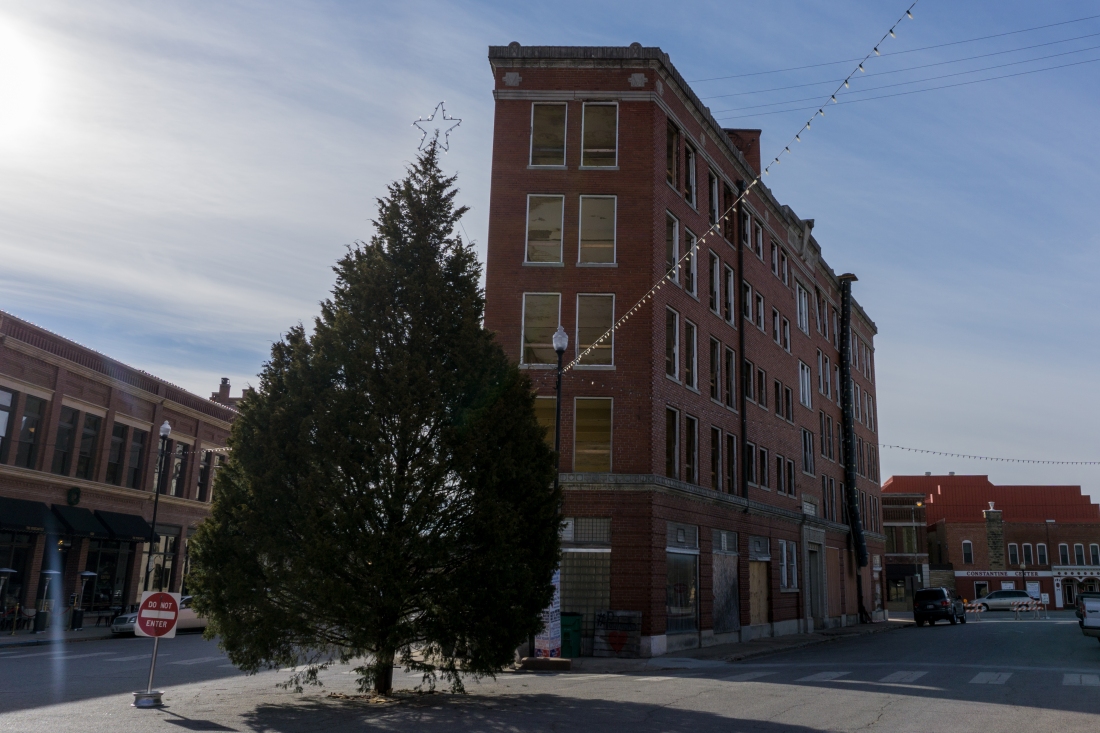 Now, I’ve traveled to Pawhuska A LOT.  It’s almost a second home to me.  When I rolled into town at about 9:30 AM, I was floored by how busy Main Street was.  The Merc is right in the center of town (with a LOVELY new neon sign!) and it was clear that it was having an impact on everyone.  Storefronts had been repainted, sidewalks were alive with shoppers and displays, and the traditional small town Christmas decor looked brand-new.  There was even a real tree sitting in front of the Triangle Building, which itself was undergoing extensive renovation.  It filled my heart to nearly bursting, and that was before I even stepped foot inside the Merc. 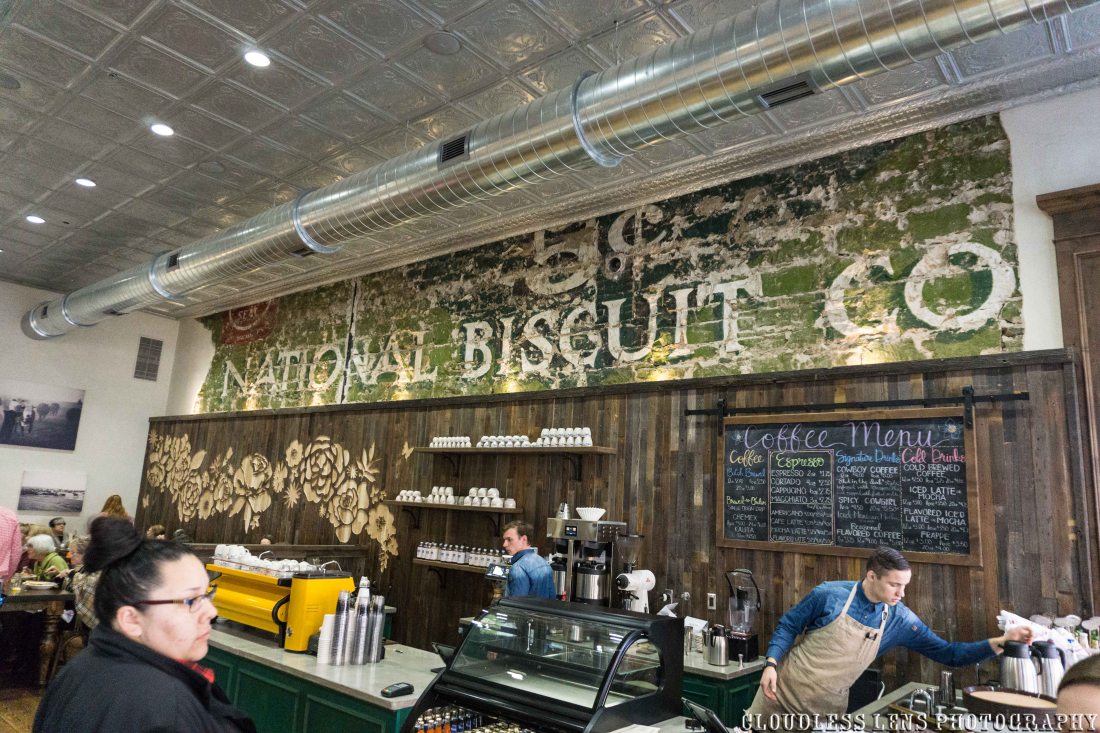 When I did walk inside, I was greeted with a spectacular sight.  Above the coffee bar was a huge mural for the National Biscuit Company, or Nabisco to the folks not up on their grocery branding history.  It was discovered during renovation and preserved.  Although I had read that wait times could exceed two hours for a table, my timing was perfect; I was seated immediately at the only open table in the place.  I typically keep breakfast simple, so I ordered their basic option: eggs, meat (a small sampling of bacon, sausage, and ham), breakfast potatoes, and a homemade biscuit.  I gotta tell ya, they knocked it out of the park on all fronts.  Everything was flavorful and well-portioned.  Even the coffee made me pause and appreciate the flavor.  The dining area is in a roped-off section that looks out over the general store area; I watched dozens of people enter and leave as I finished my coffee.  Everyone looked happy.

After I paid my tab, I wandered the floor.  It was clear that the goods on display were very carefully curated; there was a great variety of home furnishings at all price points from a great many sources.  I picked out a Pawhuska t-shirt and took the stairs to the second floor, which is home to a bakery and candy shoppe.

The view from the outside windows provided a side of town I’d never quite seen before; the view from the inside windows showcased bakers doing their thing, no doubt preparing another something delicious.  Once again, I opted for something simple.  I actually ate my chocolate chip cookie throughout the day so that I could savor the experience.

As I was paying for my things, I noticed a guestbook on the counter.  It was already halfway full of names from people across the country; when I talked to my uncle a few minutes later (he owns Hometown Appliance a block away) he told me that he’d talked to young woman that came from Germany to see the Mercantile just a few days ago.  Some days, the Merc is drawing up to 10,000 people from out of town.  Pawhuska only has around 3,500 residents!

It would have been easy for The Mercantile to be just a basic storefront tribute to The Pioneer Woman.  Fret not, for it is the real deal.  If you’re ever near Pawhuska, do yourself a favor and drop by The Mercantile; it’s a delight.  Just be prepared to wait if you’re going to eat…by the time I left town at noon, the lunch line stretched down the block.

4 thoughts on “The Mercantile”

Eight years ago, I was on my way to a first date at The Phoenix when I stopped to take this photo. The sunset was breathtaking, reminding me of how beautiful life can be. I married the woman I was about to meet and I see this beauty reflected in her eyes every day.
Happy Birthday, Claud's Hamburgers! Claud Hobson opened his original burger shop on Admiral on this day in 1954. The #Tulsa classic has been a part of the Brookside neighborhood since 1965. #burger @travelok
Monument Rocks in western Kansas. #roadtrip #SunflowerState #Kansas
It's always a treat to see Ron Jones and his 1956 Chevrolet. Buck is ready for Halloween! #Route66 #Tulsa66 #Chevrolet #MufflerMan